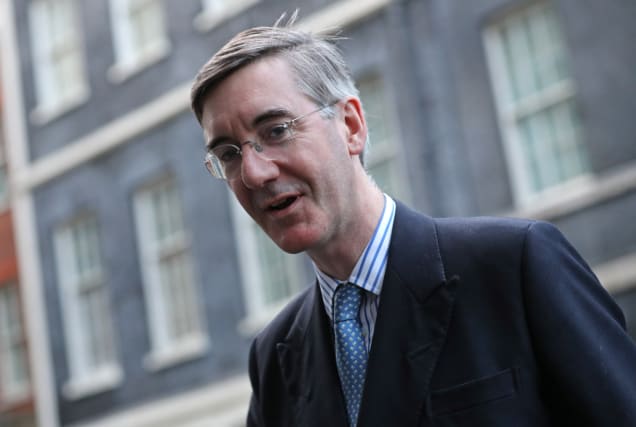 Pub-goers should “go back to drinking a yard of ale” to celebrate the reopening of pubs while adhering to revised social distancing guidance, Jacob Rees-Mogg said.

Prime Minister Boris Johnson announced on Tuesday that businesses, including pubs, could reopen on July 4 subject to the latest social distancing requirements being observed.

The two-metre social distance rule will be reduced to “one-metre plus” which works out at just over a yard.

Tory MP Brendan Clarke-Smith (Bassetlaw) asked what could be done to support the reopening of pubs.

During business questions, Mr Rees-Mogg replied: “I think there’s a very easy answer in pubs and that is people should go back to drinking a yard of ale.

“Because if they drink a yard of ale they will maintain social distancing while enjoying an extra large drink to celebrate the fact that they are back in the pub.”

A Labour backbencher could be heard scoffing at the suggestion which they muttered encouraged excess drinking.

Labour MP Clive Efford (Eltham) asked why pubs were being allowed to reopen from July 4, but not gyms or outdoor swimming pools.

Mr Rees-Mogg replied: “I think everybody welcomes the reopening of pubs.

“I think people have been locked in for quite long enough and they want to go and have a drink and that’s a jolly good thing and should be encouraged and welcomed and they will do it safely and properly.

“And I’m slightly disappointed by the honourable gentleman’s slightly curmudgeonly attitude towards pubs being reopened.

“As regards to other things, they have to be opened in a phased way. There is a degree of risk that can be taken but that risk has to be managed and measured.

“And the Government of course wants things to be opened more and that is being implemented as far as it is safe to do, but it has to be done in an orderly way.”

Later, Labour MP Richard Burgon (Leeds East) challenged the Government over why the UK’s death rate was higher per head than countries like South Korea or Germany.

Mr Rees-Mogg replied: “Every death from the coronavirus whether it’s in South Korea or the UK is a tragedy and the sadness for the families affected is very great and very real.

“But there are a very wide range of factors that have affected the death rates in different countries.

“These have been caused by things that may even be as simple as the weather in regard to how the virus has spread, to practices of individual cultures and societies.

“Therefore I think these headline comparisons are not necessarily enormously illuminative.”

Tory MP Nickie Aiken, whose constituency of the Cities of London and Westminster encompasses the West End, called for more support for the sector.

Mr Rees-Mogg replied: “The Culture Secretary has acknowledged that social distancing makes staging performances exceptionally difficult for theatres and that the industry will need a different approach from other sectors and he is consulting with industry and medical experts and advisers in that a hope that a solution can be found.

Why birdwatcher is against prosecuting woman