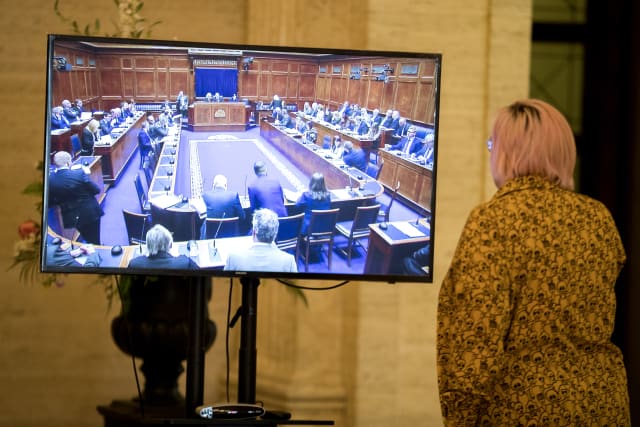 A proposal for a Stormont body to set expenses for MLAs is being considered.

Salaries and pensions for members of the Northern Ireland Assembly will continue to be set by an independent body.

However, expenses could be set by the Assembly Commission.

Stormont speaker Alex Maskey set out the proposed arrangements in a letter to MLAs on Thursday.

He wrote that the Assembly Commission has reviewed arrangements for the determination of salaries and allowances.

A “twin track” approach has been agreed, he wrote, to reform the Independent Financial Review Panel (IFRP) to create a new body to set MLA salaries and expenses while the Commission determines allowances.

The proposal is set to be debated by MLAs on June 30.

“If the Assembly passes this resolution to enable the Commission to develop any new determination, the Commission is mindful of the need to ensure that any provisions both comply with wider good practice and ensure value for money in the use of public resources,” Mr Maskey wrote.

“Rigorous processes will continue to be in place to ensure that Members demonstrate (through invoices etc) that all expenditure is in accordance with the rules regarding such allowances before they are reimbursed.”

Mr Maskey added these are “complex matters” which the Commission “considered in detail”.

“The Commission believes that this approach will retain the core principle of decisions on members’ salaries and pensions being decided independently, while allowing some of the difficulties members have experienced in providing constituency services over recent years to be addressed,” he wrote.