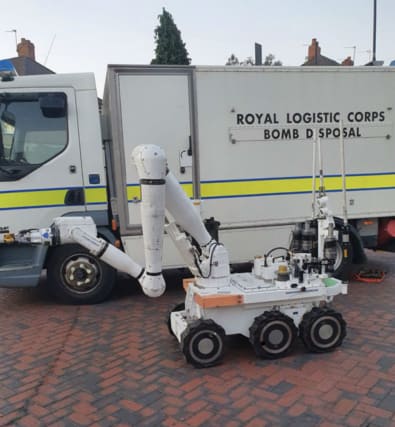 A pipe bomb attack on the streets of the West Midlands is deeply worrying, the region’s police and crime commissioner has said.

A teenage girl has been undergoing surgery to remove shotgun pellets after the attack in which two pipe bombs were thrown at a house in the early hours of Wednesday.

The devices failed to go off and the Army’s bomb squad was called to the scene in Coronation Road, Tipton, to make the explosives safe.

David Jamieson, West Midlands police and crime commissioner, said: “This is a horrific attack where a young girl has been injured in the crossfire by a firearm.

“Fortunately the pipe bombs did not detonate, however it is deeply worrying that some people are creating such deadly weapons.

“West Midlands Police and I take this very seriously and the police are continuing their investigation into this awful incident.”

In a statement, West Midlands Police said: “A shotgun was fired at visitors to the address just after midnight.

“Unfortunately, a teenage girl was caught in the crossfire and was hit by shotgun pellets.

“She remains in hospital for surgery to remove some of the pellets. No-one else was injured.

“Two pipe bombs were also thrown towards the property, however these did not detonate and have been recovered for forensic examination.

“We are in the early stages of this inquiry and detectives are examining CCTV and asking anyone with information who hasn’t already spoken to officers to get in touch via live chat on our website, or by calling 101 quoting log 44 of June 24.”