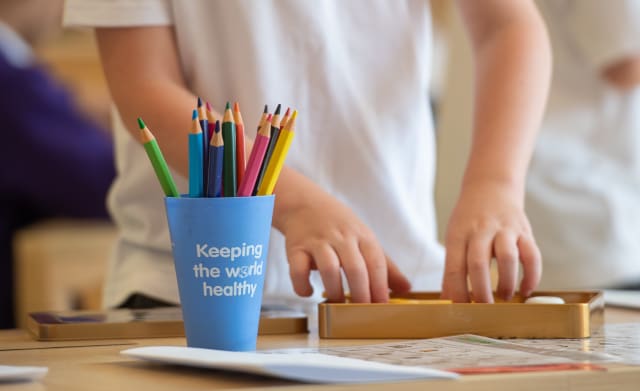 The Government has postponed plans to assess four and five-year-old children in their first few weeks of school, amid the Covid-19 pandemic.

The move comes after some school leaders said they were considering boycotting the new one-to-one assessment for Reception pupils in September amid concerns about the impact on their wellbeing.

The statutory roll-out of the Reception Baseline Assessment will now be delayed until September 2021 to give teachers time to familiarise themselves with the assessment, Schools Minister Nick Gibb said.

School leaders welcomed the “pragmatic” decision to suspend the assessment by 12 months, but the Association of School and College Leaders (ASCL) is also calling on the Government to review the Sats exams for Year 6 pupils due to be taken May 2021 “as a matter of urgency”.

The 20-minute Reception Baseline Assessment (RBA), which is supposed to be carried out within six weeks of the new term, was due to be rolled out across all primary schools from this autumn.

In April, thousands of people signed a letter to Mr Gibb, calling for the RBA to be scrapped amid disruption caused by the coronavirus pandemic.

A group of parents, teachers, MPs and school leaders argued that it should not go ahead as planned because young children’s welfare should be “prioritised” as they return to class after months of lockdown.

Announcing that the assessment will be delayed, the minister said: “As we prepare for all children to return to school in September, I know teachers are working tirelessly to provide extra support to children to recover from the impact of coronavirus.

“In light of the circumstances, we have decided to postpone the statutory roll-out of the Reception Baseline Assessment until September 2021, given that some schools may not have had the time they need to familiarise their teachers and staff with the process.”

The RBA, which evaluates children’s skills in English and maths when they enter Reception, is designed to provide a starting point for schools so they can measure pupils’ progress.

But many of the children starting primary school for the first time in the autumn are likely to have been out of nursery, or other early years provision, for a number of months amid widespread closures.

Paul Whiteman, general secretary of the school leaders’ union NAHT, called the decision “pragmatic” and welcomed “the much-needed clarity this provides for schools as they prepare for the autumn term”.

He added: “There is no certainty at the current time as to what will happen in the autumn term and there is the potential of further disruption to the 2020/21 academic year.

“Furthermore, we know that there will be plenty of recovery work to do and that most children will not have had the opportunity to take part in the usual transition activities prior to starting school. Schools will rightly need to be focusing on this vital work as they return in the new academic year.”

But he added: “The Government must also undertake a review of Key Stage 2 tests due to be taken next May, as a matter of urgency.

“There may be merit in allowing schools to run them for their own checks and to support children’s transition to secondary education. But it would be wrong to use them for school performance tables after so much disruption and as schools focus on helping children catch up.”

Mr Gibb said the Government “remain committed” to introducing the new assessment to have a fairer accountability system for schools, based on the progress pupils make.

He confirmed that schools which wish to become early adopters of the assessment can still do so.

A spokeswoman for the More Than A Score campaign group said they are glad that the Government has listened to concerns from parents, teachers, heads and education experts.

She added: “The tests will not help children to learn, or teachers to teach. Schools carry out their own, much more careful, personal and accurate informal  assessments of reception pupils.

“It’s time to call a halt to these insane tests for good.​”