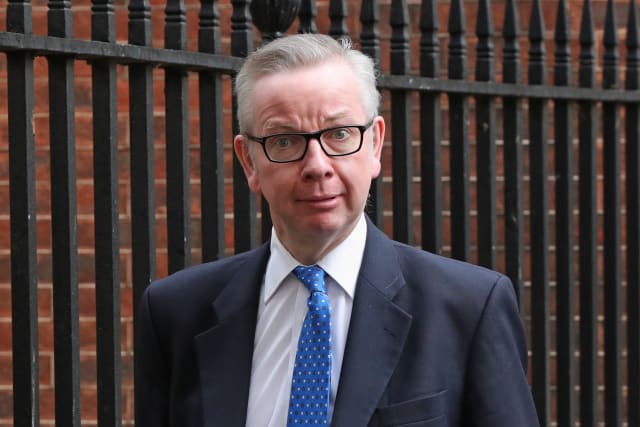 The UK’s recovery from the Covid-19 pandemic could be hindered by extending the Brexit transition period, a key member of Boris Johnson’s Cabinet has warned.

Michael Gove said continuing it beyond the end of 2020 could leave the UK “on the hook” for a significant sum of cash.

The Cabinet Office minister said if the current arrangements are extended the UK’s “ability to meaningfully put in place the measures which might help us to ensure we have an effective recovery from the Covid-19 pandemic would be less”.

Mr Gove made clear to MSPs on Holyrood’s Europe Committee that the UK Government will not be extending the transition period – despite repeated calls from the Scottish Government for this to be considered.

Committee convener Joan McAlpine raised concerns that without an extension the UK could be facing the “double disaster of a Covid recession and a no-deal or low-deal Brexit”.

But Mr Gove said an agreement had been reached to accelerate the pace of negotiations.

“The phrase that was used was put a tiger in the tank,” he said.

If no deal can be reached with the EU on future relations, concerns have been raised about the impact having to use World Trade Organisation rules would have on businesses.

As well as having to make continued payments to the EU during any extension, Mr Gove said the UK would “be subject to new laws that the EU could pass without our input or say”.

He said if the UK was to ask for an extension the EU would see the country as benefiting from “unimpeded access to the single market” and would expect payment for that.

“We would be on the hook, as it were, for a significant sum,” he told the committee.

Mr Gove added the UK “would be a price taker, not a price maker, in such a negotiation”.

He said: “The EU 27 would be agreeing what their budget was overall and I don’t think they would say that we could have a discount membership, I think that would be naive.”

The EU would not give British firms “cut-price access” to its markets by extending transition cheaply, he argued.

“People can disagree about whether or not extending is a good thing or a bad thing but I think it would be wrong to do so, undemocratic indeed,” he said.

“It would come at a price.”

Mr Gove insisted the relationship between the UK Government and the devolved administrations is not “broken” – despite Scottish and Welsh ministers deciding to boycott a conference call with the UK Government over its refusal to extend the transition period.

But the Cabinet Office minister said: “I don’t believe it is broken, quite the opposite, there has been regular contact between myself and other UK government ministers and members of the devolved administrations.

“And when we are negotiating we do take account of specific Scottish, Welsh and Northern Ireland interests.”

He stressed the UK Government is “negotiating in the interests of the whole UK”, although he said that there are “sometimes disagreements” when dealing with politicians from different political parties.