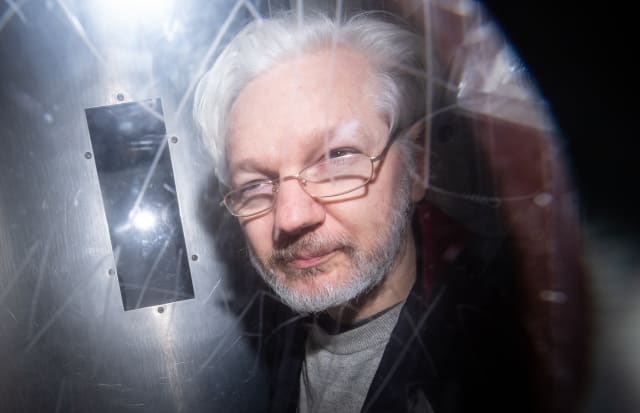 More than 200 doctors from 33 countries have signed a letter saying British public officials could be held accountable for the “psychological torture” of Julian Assange.

It came as the WikiLeaks founder faced a new indictment in the US, which alleges that he sought to recruit hackers at conferences to train in obtaining official secrets.

In their letter, printed in The Lancet, the Doctors for Assange group accuse UK and American officials of “intensifying Julian Assange’s psychological torture” and call for his immediate release.

They add in the letter, which has also been sent to Justice Secretary Robert Buckland, that Assange is at medical risk because of increasing abuse of his “fundamental human and legal rights at the hands of judicial, prison and contracted security authorities”.

Earlier this month, the 48-year-old was said to be too ill to attend the latest court hearing in his extradition case.

He is wanted in the US to face 17 charges under the Espionage Act as well as conspiracy to commit computer intrusion after the publication of hundreds of thousands of classified documents in 2010 and 2011.

He is being held on remand in high-security Belmarsh prison, in south-east London, and has been refused bail.

The Lancet published a 1,200-word letter from Doctors for Assange in February, in which they warned: “Should Assange die in a UK prison, as the UN Special Rapporteur on Torture (Nils Melzer) has warned, he will have effectively been tortured to death.”

US prosecutors are seeking his extradition on the grounds that he damaged national security by publishing hundreds of thousands of classified documents, but Assange maintains he was acting as a journalist entitled to First Amendment protection.

His full extradition hearing is set to take place on September 7, having originally been scheduled for May 18, although a crown court has not yet been found to take the case.

A further administrative hearing is due to take place on June 29.