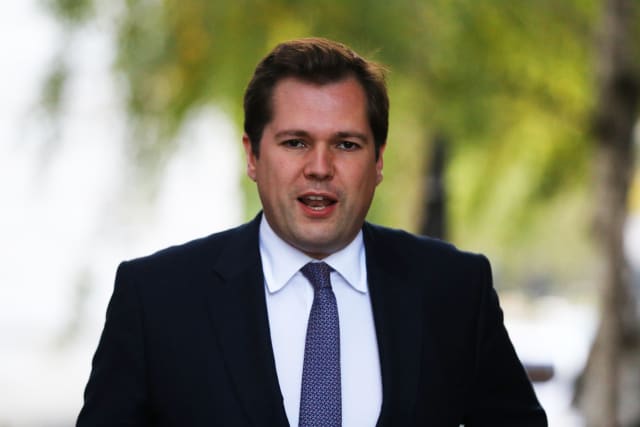 Housing Secretary Robert Jenrick is facing calls for his resignation after documents showed he was “insistent” a controversial development was agreed before a new levy would cost its Tory donor backer millions.

– Who is Mr Jenrick?

The youngest member of Cabinet has been the Secretary of State for Housing, Communities and Local Government since July 2019, and has been the MP for Newark in Nottinghamshire since 2014.

The 38-year-old worked as a solicitor and for auction house Christie’s prior to entering politics, first contesting Newcastle-under-Lyme unsuccessfully for the Conservatives in 2010 before securing Newark in a by-election following Patrick Mercer’s resignation.

– Why is he under scrutiny?

He has been accused of trading “cash for favours” following the emergence of a stash of documents showing ex-Daily Express owner Mr Desmond asked the Newark MP to approve his development, then gave the Conservative Party £12,000 two weeks after the scheme for 1,500 homes was approved.

– Why would Mr Desmond ask for his help?

The documents, which were released under pressure from the opposition, also showed Mr Desmond urged Mr Jenrick to approve the project so that “Marxists” did not get “doe for nothing”.

This is believed to be a reference to the introduction of a new community infrastructure levy (CIL) just after the approval of the £1 billion Westferry Printworks development was made.

Labour claim the move would have saved the former media mogul’s Northern and Shell company up to £50 million.

– What is the Community Infrastructure Levy?

It is a charge that councils can put on developers for building and goes toward funding infrastructure to support the development of a local authority’s area.

– What has the criticism been?

The Liberal Democrats’ Tim Farron, the party’s former leader and its current spokesman for Communities, Housing and Local Government, became the latest voice on Wednesday to join Labour in calling for Mr Jenrick’s resignation.

He told the PA news agency: “Given the minister has accepted that his decision to sign off the project was unlawful, he should also accept that he is unfit to continue to serve in that role and resign immediately.”

– What has Mr Jenrick said?

Mr Jenrick has had to quash his own approval of the project, conceding the decision was “unlawful”.

But in Commons exchanges on Wednesday, he accused Labour of making “wild accusations” and “outrageous” claims.

He said the accusations made against him were “not simply wrong but actually outrageous”, although he admitted “things could and should have been done differently”.

He added: “On reflection, I should have handled the communication differently.”

– Does Mr Jenrick have the Prime Mininster’s support?

The PM considers the matter “closed”, according to the head of the civil service, Sir Mark Sedwill.

Sir Mark wrote that Mr Jenrick had “set out a full and factual account” of his actions, adding: “In light of this account, the Prime Minister considers that the matter is closed.”

– Is this the first time the minister has been in the spotlight this year?

No, Mr Jenrick led the papers when he was forced to explain himself after travelling more than an hour to visit his parents despite warning people to remain at home during lockdown.

He was criticised for travelling 150 miles from his London property to his Herefordshire home from where he travelled to his parents in Shropshire.

However, he defended his actions, saying he went to deliver food and medicine to his isolating parents.