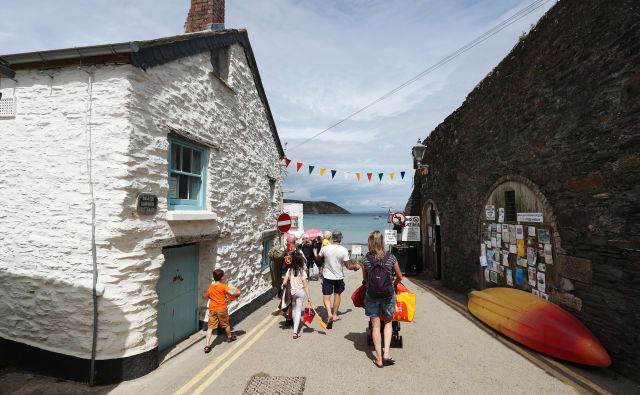 Hospitality and tourism bosses are hoping there will be an avalanche of bookings as families get ready to enjoy a well-deserved holiday after months of lockdown.

On Tuesday, Prime Minister Boris Johnson announced that from July 4 leisure and tourist attractions in England could reopen if they can do so safely.

The two-metre social distancing rule has been cut to one, which is seen as a major boost for pubs and restaurants.

Hotels, holiday apartments, caravan parks and campsites will be allowed to operate – as long as shared facilities are kept clean – as well as cinemas, arcades and theme parks.

The news comes as a huge relief for the UK hospitality industry, and for many campsite and holiday park owners, who feared that strict rules surrounding the use of shared facilities such as toilets and shower blocks would force them to remain closed for the foreseeable future.

With international travel still restricted to essential journeys, millions of UK residents are expected to book “staycations” in their own country this summer.

Ros Pritchard, director general of the British Holiday & Home Parks Association, said the news was the tonic the public and park businesses needed to hear from the Government.

“Now it’s official, there’s no holding back the wave of enthusiasm for the holidays we provide,” she said.

“It means not just that families can now have the holidays they need, but that park businesses in England can start to salvage what’s left of this year’s holiday trade.

“We know too that there will be a palpable sense of relief among the many small businesses which rely on tourism spending in the areas where holiday parks are based.”

Kate Nicholls, chief executive of the trade body UKHospitality, said the relaxation of the social distancing rules was welcome.

“Reduction to one metre should see most venues able to trade at around 70% of capacity, which could be the difference between failure and staying alive to see out the remainder of the crisis, particularly with added support,” she said.

Tourism bosses had been predicting a bumper year for visitors, with green tourism driving a greater number of domestic holidaymakers to hotspots.

But instead the three-month lockdown has seen the industry closed and fears many businesses will not survive the pandemic.

Meanwhile, the Prime Minister told PMQs he will “look at all proposals” in response to calls for a VAT cut for tourist businesses.

In the south-west of England, Cornwall Council said the estimated loss to the tourism sector in the county will be £630 million to the end of June.

The popular open air Minack Theatre, near Land’s End in Cornwall, branded the decision not to be able to stage live performances as “ludicrous”.

“We have shows ready to come back to our stage. It is ludicrous not to be allowed to perform in a Covid-safe environment to socially-distanced audiences,” a spokesman said.

In Devon, Totnes MP Anthony Mangnall said: “I hope people get out to support the tourism and hospitality businesses which are reopening and which are so vital to our local economy and jobs.”

Councillor Darren Cowell, deputy leader of Torbay Council, said: “We want to make sure that everyone who comes here has a safe and enjoyable visit. We are a responsible resort and we welcome responsible visitors.”