Katie Price to appear before MPs during inquiry into online abuse 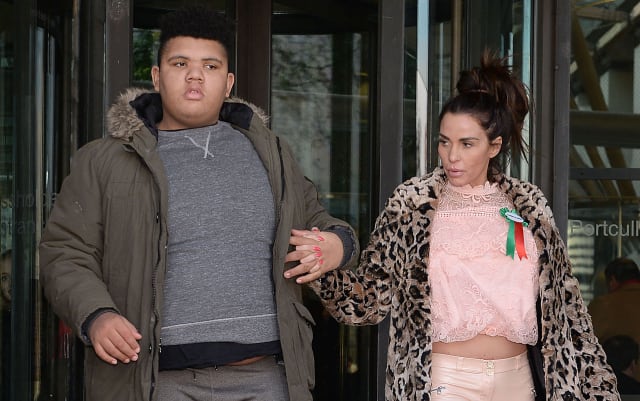 Katie Price will appear before MPs next Thursday to discuss the internet trolling targeted at her disabled son Harvey.

The TV personality, 42, will give evidence to the Commons Petitions Committee via video link, as it launches a Parliamentary inquiry into online abuse.

Price is campaigning for a new law, which she has dubbed “Harvey’s Law”, to make online abuse a specific offence and to create a register of offenders.

Her 18-year-old son Harvey – who is partially blind, autistic and has Prader-Willi syndrome – was targeted on Twitter in 2017 by an unnamed 19-year-old who received a caution from Sussex Police.

Price previously appeared before the committee in 2018 after she launched a petition demanding the Government takes action against internet trolls, garnering more than 220,000 signatures.

During that session, she said a line should be drawn between “banter” and criminal abuse, but the law had failed to keep up with the changing use of technology.

Committee chairwoman Catherine McKinnell MP said: “Online abuse is a silent menace, and our new inquiry is an 11th hour bid to put an end to it before it spirals out of control. With social distancing rules, people are spending ever more of their lives online.

“The importance of doing something about this issue before it causes more damage is greater than ever. If we don’t take action soon, then there is a real risk that a whole new generation will be irretrievably exposed to and harmed by online abuse.

“I’m pleased to welcome Katie back to the committee after first meeting her during her campaign against online abuse last year. Her bravery in sharing her personal experiences of the abuse she has endured alongside her son Harvey will shine a light on key issues, and will help this new landmark investigation find practical and technological solutions to the problem.

“The Government has failed to make sufficient progress on preventing online abuse, and our inquiry represents a watershed moment where we can either take action to deal with this crisis or leave it free to cause its harm in so many aspects of modern life. We are calling for evidence from expert witnesses in this area and the general public, and our committee will conduct its investigation over the coming weeks and months as we hold the Government to account on this issue.”

The Only Way Is Essex star Bobby Norris previously spoke to MPs about his experience of homophobic abuse.