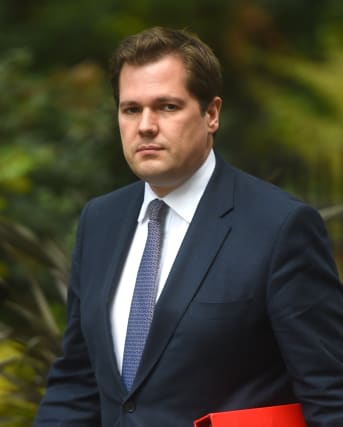 A multi-millionaire Tory donor urged Housing Secretary Robert Jenrick to approve a development scheme so that “Marxists” did not get “doe for nothing”, texts between the two have revealed.

The revelation came as Robert Jenrick published letters and texts connected to a major property development in east London.

The move came after he told MPs he would outline the timeline of events and the rationale for his decision-making over the Westferry Printworks planning decision.

He published information after Labour tabled a motion – which was approved – directing the Government to release all documents relating to the controversial approval by Mr Jenrick for the Westferry development, which was submitted by former media mogul Richard Desmond.

Labour said the timing of the planning approval – just a day before a new community infrastructure levy came into force – would have saved Mr Desmond’s Northern and Shell company up to £50 million.

In a text to Mr Desmond on November 18 after spending time with him at an event, Mr Jenrick said: “Good to spend time with you tonight Richard. See you again soon I hope.”

Mr Desmond replied: “Thanks Robert I really appreciate your text Will call your office tomorrow to arrange Very best.”

In a text two days later regarding the development, Mr Desmond said: “We appreciate the speed as we don’t want to give Marxists loads of doe for nothing!

“We all want to go with the scheme and the social housing we have proposed and spent a month at the Marxist town hall debating, thanks again, all my best Richard.”

Mr Jenrick replied; “As Secretary of State it is important not to give any appearance of being influenced by applicants of cases that I may have a role in or to have predetermined them and so I think it is best that we don’t meet until after the matter has been decided, one way of [sic] another ‐ and I can’t provide any advice to you on that, other than to say that I will receive advice from my officials after the general election assuming I remain in office and will consider it carefully in accordance with the rules and guidance. I hope that is okay and we can meet to discuss other matters soon, hopefully on the 19th. Robert.”