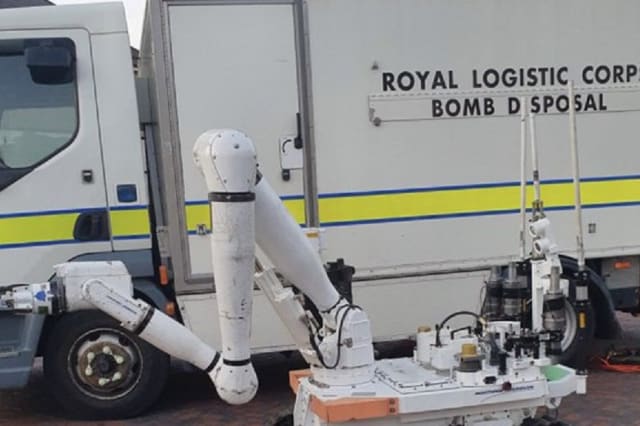 A teenage girl was taken to hospital and the Army bomb squad called in after "explosive devices" were found outside a home.

West Midlands Police said the devices were found outside an address in Coronation Road, Tipton, just after midnight on Wednesday.

In a statement, police said: "A teenage girl from the property who was outside at the time was taken to hospital with superficial injuries. No-one else was hurt."

Army bomb disposal experts from the Explosive Ordnance Disposal and Search Regiment (EOD) arrived and made the items safe, according to the force.

A West Midlands Ambulance Service spokeswoman said they were called at 0.06am, sending a doctor, paramedics and other specialist resources to the scene.

She added: "We treated a teenage girl for injuries not believed to be serious before taking her to Birmingham Children's Hospital for further treatment.

"A man and woman were also treated for minor injuries and discharged at the scene."

The area has now been evacuated and cordoned off while forensics experts carry out examinations, although the nature of the devices is still unclear.

West Midlands Police added: "We are in the early stages of this inquiry and detectives are asking anyone with information who hasn't already spoken to officers to get in touch on 101."