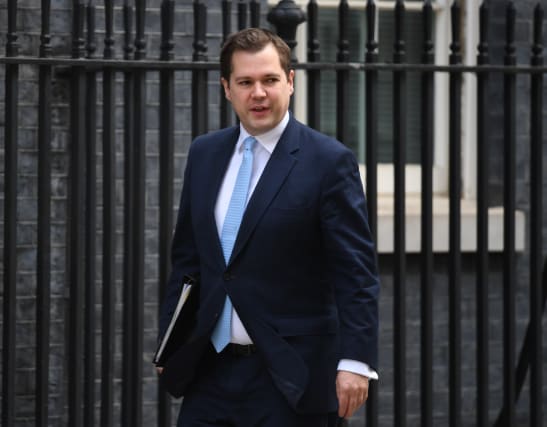 Housing Secretary Robert Jenrick faced calls to resign after documents revealed he was “insistent” a controversial development was agreed before a new levy would cost its Tory donor backer millions.

Boris Johnson backed the beleaguered minister with the head of the civil service saying the Prime Minister “considered the matter closed”.

But a stash of documents and texts released after pressure from the opposition showed multi-millionaire Tory donor Richard Desmond urged Mr Jenrick to approve the east London development scheme so that “Marxists” did not get “doe for nothing”.

This is believed to be a reference to the introduction of a new community infrastructure levy (CIL) just after the approval of the £1 billion Westferry Printworks development was made.

Labour claim the move would have saved former media mogul Mr Desmond’s Northern and Shell company up to £50 million.

In a raft of information relating to the issue released by the Government, a Housing Ministry official indicated the secretary of state (SoS) wanted Westferry to be signed off and approved the following day so that it would avoid the CIL.

It stated: “On timing, my understanding is that SoS is/was insistent that decision issued this week ie tomorrow – as next week the viability of the scheme is impacted by a change in the London CIL regime.”

Tim Farron, Liberal Democrat spokesman for Communities, Housing and Local Government, and ex-party leader, called on Mr Jenrick to quit over the controversy.

He told the PA news agency: “Jenrick’s calculated decision to push through a huge development just in time to save a party donor millions exposes something rotten at the heart of this Conservative Government.

“Yet again we are seeing Tory ministers show it is one rule for them and their cronies, and another for everyone else.

“Given the minister has accepted that his decision to sign off the project was unlawful, he should also accept that he is unfit to continue to serve in that role and resign immediately.”

However, the PM considers the matter “closed”, according to the head of the civil service, Sir Mark Sedwill.

His comments came in a letter, seen by PA, which was sent to Labour’s shadow communities secretary Steve Reed in response to his questions on what basis the Housing Secretary approved the development and what contact he had with the developer.

Sir Mark wrote that Mr Jenrick had “set out a full and factual account” of his actions, adding: “In light of this account, the Prime Minister considers that the matter is closed.”

The newly-released documents show that in a text to Mr Desmond on November 18 after spending time with him at a Tory fund raising event event, Mr Jenrick said: “Good to spend time with you tonight Richard. See you again soon I hope.”

Mr Desmond replied: “Thanks Robert I really appreciate your text Will call your office tomorrow to arrange Very best.”

In a text two days later regarding the development, Mr Desmond said: “We appreciate the speed as we don’t want to give Marxists loads of doe for nothing!

“We all want to go with the scheme and the social housing we have proposed and spent a month at the Marxist town hall debating, thanks again, all my best Richard.”

He said the accusations made against him were “not simply wrong but actually outrageous”, although he admitted “things could and should have been done differently”.

Mr Jenrick told MPs: “Any accusation that my view on a highly-complex and publicised development could have been swayed by an encounter with a developer is not just simply wrong, but actually outrageous.

“Who the applicant was is immaterial to my decision, as it always is and always should be … I knew nothing of the donation that was made and would never have allowed it to influence my decision even if I had known about the donation.”

He added: “However, I am not blind to the fact that things could and should have been done differently. On reflection, I should have handled the communication differently.”