‘Ball is in the UK’s court’ to make progress on post-Brexit deal, Barnier says 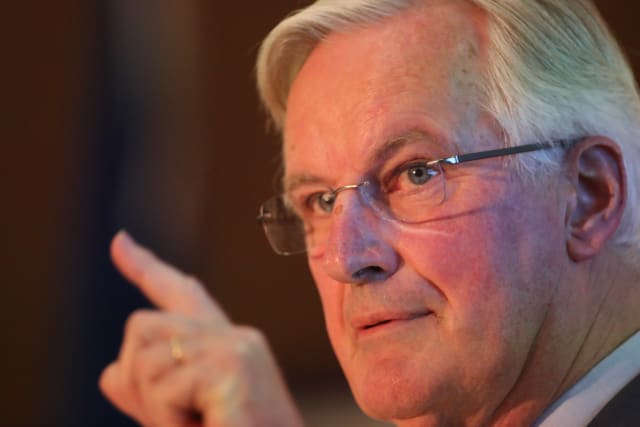 Progress on a post-Brexit trade deal between the UK and European Union will depend on whether Boris Johnson stops “backtracking” on commitments he has already made, Michel Barnier said.

The EU’s chief negotiator said he believed a deal was still possible as he prepared for an intensified talks process beginning next week.

But “the ball is in the UK’s court” and there must be “clear signals” that progress can be made.

The Prime Minister has suggested that he wants a deal done by the end of July but Mr Barnier said the “moment of truth” would be in October, the deadline for getting an agreement ratified by the European Parliament before the end of the year when the current arrangements expire.

At an event hosted by the Brussels-based European Policy Centre think tank, Mr Barnier said “the UK keeps on backtracking (on) its commitments in the Political Declaration”, the document agreed by Mr Johnson and the 27 EU member states.

Mr Barnier, who will hold a further round of talks with Mr Johnson’s Europe adviser David Frost next week, said: “We now need clear signals that the UK is ready to work on an agreement that respects this document, both in the spirit and in the letter.

“If we get that signal next week and make concrete progress in July, all the better.

“But this will require progress on all topics.

“Whether this happens or not, the ball is in the UK’s court.”

There are also difference on fisheries policy and the role of the European Court of Justice in ruling on matters covered by a UK-EU deal.

Four years after the vote to leave the EU, Mr Barnier claimed the UK was still divided between the hard Brexiteers in the Tory party and businesses and the devolved administrations who wanted close ties to European markets.

“On the one hand the UK refuses so far to commit to a level playing field or to appropriate safeguards for our future relationship.

“It insists on being able to diverge substantially from current EU rules as of January 1, on data protection, on financial services, on state aid, where the UK has given us no indication on the future framework it plans to put in place – and also on food standards where the UK even wants to go back on protections for geographical indications secured in the Withdrawal Agreement.”

But “on the other hand, and while refusing any of these essential preconditions, the UK is requesting a special status” very close to single market membership.

Mr Barnier said: “We will never sacrifice the EU’s long-term economic and political interests for the sole benefits of the UK.”

He stressed that “the level playing field is not for sale”.