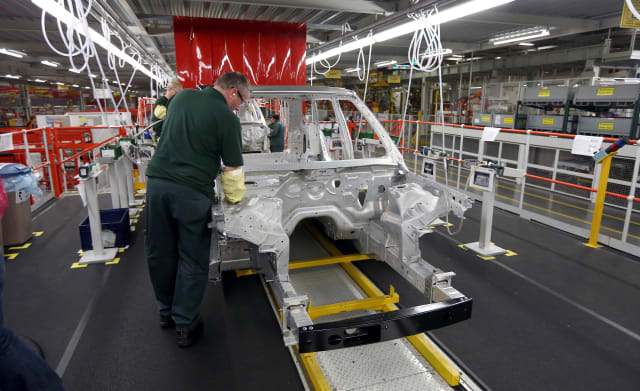 The West Midlands is asking the Government for a £3.2 billion economic stimulus package to help stave off the worst of an “unprecedented” downturn, becoming the first region to do so.

The region’s Conservative mayor Andy Street unveiled the blueprint as the UK emerges from a three-month lockdown which, it was revealed on Tuesday, may have cost the West Midlands alone up to 61,000 jobs, even with unprecedented furlough measures.

The three-year plan sets out “immediate actions” needed to stimulate the economy in the short term and build a longer-term sustainable recovery.

In April, consultancy KPMG concluded the pandemic would hit the West Midlands harder than any other English region, forecasting that closure or mothballing of car plants and factories linked to the automotive supply chain would shrink its economy by 10.1%.

The region has already been among the hardest hit in health terms by the virus, with 4,735 dying after testing positive for Covid-19, as of last week.

Drawn up by the area’s political, business and trade union leaders, with local cross-party backing, the blueprint urges the Government to work with them to “reset, rebuild and recharge” the region.

The plan proposes direct support to industry alongside a commitment to invest in transport, housing and people, creating or safeguarding more than 135,000 jobs.

Measures to create green manufacturing jobs by harnessing electrification, and to invest in healthcare innovation are also included.

There are requests for support in the critical automotive sector, worth £12.5 billion to the West Midlands and making up about 6% of the regional economy, underpinned by the presence of manufacturers such as JLR.

Among the projects detailed is £250 million for a new gigafactory for electric car batteries, and what Mr Street called a “minimum 30% subsidy for apprentices in this sector”, describing the measure as “absolutely critical”.

Also included is an acceleration of HS2 legacy developments and £60 million towards a new Birmingham Life Sciences Park, which it is hoped will help tap the “globally influential” sector.

Other measures which could bring a short-term stimulus are a plan to extend the Midlands metro to Walsall and Wolverhampton and investment in regenerating brownfield sites, helping to deliver 35,000 new homes.

There are also investment plans to support 38,400 apprenticeships and retain highly skilled research and development engineers laid off from key sectors, employing them at the Warwick Manufacturing Group, so their talents are retained by the region.

Mr Street said although the blueprint was diversified, including measures to tap the 5G roll-out and digital and creative industries, it was vital to “defend” existing jobs in the automotive and house-building sectors.

He said: “There’s a lot of evidence to say the quickest way of kick-starting an economy is to get the house-building sector moving fast.”

The scale of the economic damage to the region is only just emerging, with University of Birmingham academic Professor Simon Collinson, who was at the launch, calling the crisis “unprecedented”.

“This is going to be a different scale.

“One scenario is, and there are a variety of different scenarios – a three-month lockdown equates to about 61,000 jobs, directly.

“Over the next year, it’s going to be a lot more than that.”

He added: “At the national level, we’re looking at a pretty unprecedented level of unemployment.”

He added much of the economic pain would fall disproportionately on “low-income, lower-skilled” areas.

“Let alone levelling up, you’ll see the opposite happening.”

He qualified his responses saying much depends on whether there is a second wave of Covid-19, or localised lockdowns dealing with specific outbreaks in coming months.

Ian Brookfield, the West Midlands Combined Authority’s portfolio holder for economy and innovation and Labour leader of Wolverhampton council, said: “For our economy to recover quickly and thrive in the long term, we need Government to help us improve our infrastructure.”

Regional secretary for TUC Midlands Lee Barron, who has also signed the blueprint, said: “This powerful request, from all stakeholders, lays the foundations to build back better and to make sure we offer economic hope for the future.”