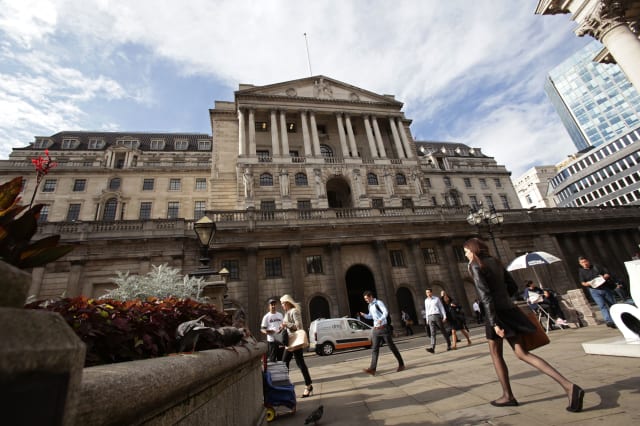 The UK Government recognising Venezuelan opposition leader Juan Guaido as head of state would be “unlawful under international law”, the High Court has heard.

Lawyers representing the board of Banco Central de Venezuela (BCV) appointed by Venezuelan President Nicolas Maduro said such a “premature” step would be “an impermissible intervention in the affairs of Venezuela”.

The claim was made during a legal battle over the fate of around one billion US dollars (£800 million) of gold bullion held in the vaults of the Bank of England (BoE) on behalf of the BCV, which the Maduro regime says it wants to sell to help tackle the country’s coronavirus crisis.

Mr Guaido, the head of Venezuela’s National Assembly, who is recognised by the US and more than 50 other nations, has appointed his own “ad hoc” board of the BCV and personally asked former BoE governor Mark Carney not to “act on instructions from the Maduro board”.

At a hearing this week, the High Court is being asked to decide who the UK Government formally recognises as the president of Venezuela.

Mr Maduro was sworn in for a second term last year amid claims of vote-rigging in the 2018 election, which was boycotted by opposition parties.

Mr Guaido declared himself acting president in January 2019 and, a month later, then foreign secretary Jeremy Hunt said the UK recognised Mr Guaido as “the constitutional interim president of Venezuela until credible presidential elections can be held”.

His lawyers say he must therefore be regarded by the High Court “as the president of Venezuela”.

However, Nicholas Vineall QC, in his written case for the “Maduro board” of the BCV, said: “The statement (by Mr Hunt) says nothing about the government of Venezuela and cannot properly be read as any form of recognition of a Guaido government.”

He told the court that, without Mr Hunt’s statement, “the Guaido board would have no case at all”.

Mr Vineall said: “A recognition by Her Majesty’s Government of a Guaido government would constitute a contravention of international law since it would be at best a premature recognition and, given the context of access to foreign reserves, would be an impermissible intervention in the affairs of Venezuela, unlawful under international law.”

He continued that the response of the UK Government in linked proceedings, involving about £100 million which Deutsche Bank owes to the BCV, “makes crystal clear that the Government does not recognise a Guaido government and continues to recognise the Maduro government”.

In that case, the High Court sent “a written request addressed personally” to Foreign Secretary Dominic Raab, asking for “a written certificate stating who the Government recognised as head of state and/or head of government”.

But, Mr Vineall said, Mr Raab “did not provide a certificate and did not even respond to the letter himself” – the court instead received a letter from a senior civil servant which “simply referred back to the February 2019 statement”.

Andrew Fulton, representing the “Guaido board” of the BCV, said in written submissions: “By choosing to repeat that February 4 2019 statement, the Foreign Office has not said in so many words that the Government recognises Mr Guaido as head of state and/or head of government.”

But he added that “the answer is nevertheless clear from the reference to him as President – capital ‘P’ – and the description ‘constitutional’, thus emphasising that the Government had the Venezuelan constitution firmly in mind when deciding to afford him recognition”.

Mr Fulton argued that the UK Government “has decided to recognise Juan Guaido as the constitutional interim president of Venezuela and has denounced the ‘illegitimate, kleptocratic Maduro regime’”.

The hearing before Mr Justice Teare, which is being conducted remotely via Skype, is due to conclude on Thursday and the court is expected to reserve its judgment.