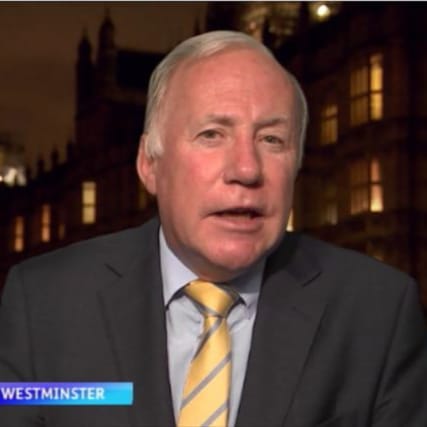 Nicola Sturgeon is among those to have paid tribute to STV’s former Westminster correspondent Harry Smith, who has died at the age of 69.

Throughout his career, he also worked for the BBC and ITN, as well as contributing to Channel 4 News and Al Jazeera.

He first joined STV as a reporter in 1989 and was the broadcaster’s political correspondent in London for 10 years from 2009.

“It’s so hard to believe his energy and sense of fun are gone.

“Many of you will have known him for his strong opinions and humour on here. He’ll be greatly missed by family, friends and colleagues.”

The First Minister responded saying: “This is terribly sad news. Harry was a stalwart of Scottish and UK political reporting, and always a gentleman.

“My thoughts and condolences are with his family, friends and former colleagues.”

A trusted and familiar face on screen, he was part of the STV family for a large part of his career

Bobby Hain, managing director of broadcasting at STV, released a statement saying: “Harry first joined STV as a reporter in 1987.

“He then served as ITN’s political correspondent for Scotland, before becoming our Westminster correspondent in 2009 – a position he held for ten years.

“A trusted and familiar face on screen, he was part of the STV family for a large part of his career.”

He added: “He provided viewers across Scotland with news and insight in his own unique and authoritative style.

“His energy, enthusiasm and expertise will be very much missed.

“Our thoughts and condolences are with Harry’s family at this sad time.”

STV anchor John MacKay said on Twitter that Mr Smith was “a great character and seemingly unflappable on the many stories he covered for STV News.”

“A top journalist who was a lovely guy and great company. We shared many laughs covering Wimbledon. Heartfelt condolences to Harry’s family.”

Deputy First Minister John Swinney said: “I am so sorry to hear this news.

“Harry was a magnificent journalist and it was always a pleasure and a challenge to be interviewed by him.”

Channel 4 anchor Krishnan Guru-Murthy said: “I’m so sorry to hear this news. He will indeed be sorely missed.

“Was great to have him part of the C4N family in recent years after so long at ITN/STV.”

“He always seemed to approach life, and work, with an attitude summed up by that wry smile he wore so well.”