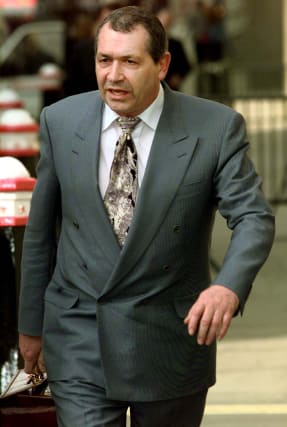 A detective has said that the key to solving the murder of notorious gangster John “Goldfinger” Palmer lies within the criminal underworld, as police renewed an appeal for information five years after his killing.

Officers originally thought Palmer had died of natural causes because of recent keyhole surgery to his chest, but it later emerged he had been shot six times at close range.

Palmer – once described as Britain’s richest criminal and thought to have been worth £300 million – was found dead in the garden of his remote woodland home in South Weald, Essex, on June 24, 2015.

His partner Christina Ketley previously said she believes he was “stalked like an animal” by a suspected hitman, who is thought to have scratched a spyhole in his garden fence before leaping over and shooting him.

In the weeks before Palmer’s death, he and 10 others were charged over real estate fraud in Tenerife and were due to stand trial, with speculation Palmer was seeking a deal with prosecutors to have charges dropped.

The trial has since concluded and several of those involved were found guilty and sentenced.

Senior investigating officer Det Chief Inspector Stephen Jennings, of the Kent and Essex Serious Crime Directorate, said: “Five years is a long time for John’s family to be left without answers and without anyone facing justice for his cold-blooded murder.

“In the years since his death a lot has changed, particularly within the underworld.”

He continued: “There has always been speculation and rumour within the media and underworld about Mr Palmer’s connection to organised criminals; specific high profile crimes; that he was a police informant; and that charges brought against him in Spain were about to be dropped.

“Over the years a number of these rumours have been found to be untrue or based wholly in speculation.

“Regardless of Mr Palmer’s past the reality is that he was much-loved by his family and he was murdered in a calculated, callous killing within the grounds of his own home.

“It is impossible to imagine how his family must feel, without justice and answers, and we continue to do all we can to bring his killer to come forward.

“We know that the key to solving Mr Palmer’s murder lies within the underworld.

“Loyalties do change and people may now feel able to come forward.”

An inquest in 2016 heard there were “failings on behalf of Essex Police” and concluded Palmer was unlawfully killed.

The murder happened in the only part of Palmer’s garden not covered by CCTV.

Essex Police said detectives have gathered intelligence in the UK and abroad, taken hundreds of witness statements, traced vehicles, examined more than 1,400 documents and pursued more than 700 lines of inquiry.

However, Palmer’s killer remains at large.

Police believe the suspected hitman watched Palmer until he went to make a bonfire to burn some old documents, then jumped over the fence.

Palmer, who gained his nickname after being acquitted of handling gold bullion in the £26 million Brink’s-Mat raid in 1983, had associated with some of the people convicted over the £14 million Hatton Garden raid in 2015.

If you have information about the murder of John ‘Goldfinger’ Palmer call Essex Police on 101 or call Crimestoppers anonymously on 0800 555 111.

Alternatively, use the anonymous online form at Crimestoppers-uk.org