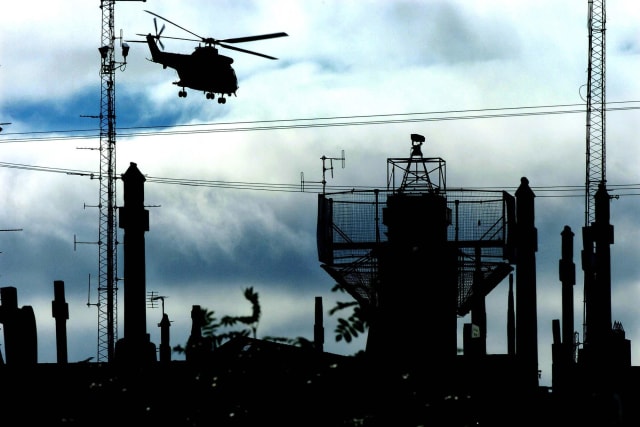 The Prime Minister has been urged to step in to restore military pensions to widows who remarried.

The wives of hundreds of soldiers who were killed as they served in locations such as Northern Ireland and the Falklands over the last 40 years received pensions.

But any widow who remarried or cohabited between 1973 and 2015 had to surrender their War Widows Pension,

In 2015 the rules were changed to allow survivors’ pensions to be paid for life, however about 280 widows who had previously remarried or cohabited did not see their payments reinstated.

The South East Fermanagh Foundation (SEFF), which advocates for victims across the UK, has described the situation as a “national scandal” and urged the Prime Minister to step in.

SEFF’s director of services, Kenny Donaldson, said a one-off compensation arrangement should be reached, as well as the immediate restoration of the pension.

Linda McHugh, from Yorkshire, was just 21 with a three-month-old son when her husband, Trooper John Gibbons of the 17/21st Lancers, was killed in an IRA bomb attack close to Crossmaglen, Co Armagh in 1973.

She was left to make decisions about her husband’s possessions and moved back to the UK from the base in Germany where the family had been living.

Mrs McHugh described the pension payment she had received as compensation and also an acknowledgement of her loss.

She described its removal as making her feel further isolated, in contrast with how her husband had believed she and his son would have been looked after in the event of his death.

“When the government changed the rules in 2015, it was like having an emotional carrot dangled in front of us, with many ministers saying they were looking at the situation and trying to work something out,” she told the PA news agency.

“I realise it is a complex situation but we have been told many times that they were trying to sort something out, it’s been like a roller coaster up and down, feeling close to a compassionate result at times and then our hopes being dashed again.”

Mrs McHugh, who retired to the Isle of Skye, said the years of campaigning “takes a toll on the life you are trying to live now”.

“Having suffered so much in the past, it’s a very cruel situation,” she added.

“The position taken by the UK Government to date has been unacceptable – the policy of removing pensions was anti-family and anti-marriage and was shameful,” he said.

“Trotting out the familiar and over-used line that pensions cannot be provided retrospectively does not hold water.

“We need creative thinking from Government around putting this matter right, find the mechanism to support a cohort of women who have been treated in a manner not fitting to the service, and sacrifices they and their loved ones made on behalf of this nation.

“We demand more than patronising sympathy for the widows impacted, we need positive action.

“The answer is there for the UK Government.

“We need a one-off compensation arrangement for widows who have been disadvantaged through not having access to their pension for the years in question, and the second requirement is the immediate restoration of the pension.

“There is no justification for inaction on this issue, with each day that passes war widows are getting older and a number have departed this life without ever seeing a grievous wrong put right.”

SEFF is running a social media campaign this week, featuring the story of a different widow each day through videos on their Facebook page.

An MoD spokesman said: “We recognise the significant commitment that service families make to our country.

“There are no plans to retrospectively instate war widow pensions, but we are considering alternative methods to help support the widows affected and it is right that we take sufficient time to do so.”