Landlords looking at how to adapt pubs in post-lockdown UK 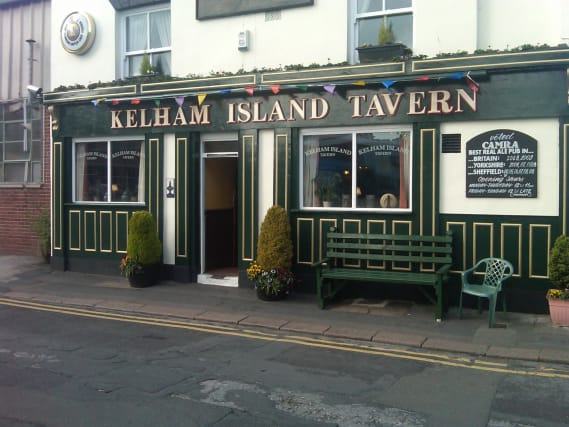 Landlords say they will be poring over the Government’s guidelines to work out exactly how they will have to adapt their pubs and still survive in the new post-lockdown world.

Louise Singleton, landlady of Sheffield’s Kelham Island Tavern, says she has got a little over a week to work out everything from sourcing her beer to training her staff for a whole new world of table service, one-way systems and spaced-out tables.

The pub, which is the only one in the UK to have been named the Campaign for Real Ale’s National Pub of the Year two years running, will reopen on July 4 now the Government has confirmed the new one-metre-plus social distancing rule, Ms Singleton said.

Now she says she had a week of tough decisions to make, including everything from whether to install screens to how to encourage elderly customers not to sit nursing a half pint all night when customer numbers will be so limited.

Ms Singleton, who has run the award winning pub with partner Josh Jepson since 2018, said it will be extremely tight financially and very difficult to sustain as a business if the new guidelines are still in place by Christmas.

But she said she is looking forward to seeing many regulars, some of whom have been returning to take advantage of the Kelham Island’s lockdown take-out service.

Ms Singleton said it has been difficult to plan for reopening until the government made some firm announcements and she will still need to see the detail of the new guidelines.

She said: “Up to this point we’ve refused to do anything because we don’t want to invest money in something until we actually have it in black-and-white what it is.

“I have got a little bit set aside in order to do this – screens, PPE, etc.

“PPE itself is so expensive and it’s meant to be single use.”

The landlady said she felt the government had mainly listened just to the bigger chains, leaving independent pubs like hers trying to figure out how all the new measures will work in a 170 year old building with its multiple small rooms and tight corridors.

“Our weekly running cost to be closed are really, really high.

“When you add on top of it everything else when we open, it’s going to be really tough for us to survive.”

“It’s the money we need to bank to sustain going forward.”

The pub was closed completely when the lockdown began, with the nine staff placed on furlough, opening up for takeaways once it looked like the peak was over and the NHS was coping.

Ms Singleton was talking in the sunny beer garden which used to hold around 50 paying customers but would have had to be reduced to just two if the Ggovernment had maintained the two metre rule.

She now thinks that, under the one metre plus guidance, they can fit 25 in the garden.

And Mrs Singleton is not convinced table service is necessarily the right way forward in a tight pub when the bar forms natural barrier between staff and customers.

“If they came to the bar, there’s naturally a metre gap between you and the customers.

She said she thought staff moving from table to table rather than isolated behind a bar might be more of a hazard to customers.

“They’re having to go a lot closer to the customers than what they would do if we could carry on as a traditional pub,” she said.

But Ms Singleton said: “People are missing each other and, when we do get people in that we haven’t seen in a while, it’s so lovely to see them.

“But we find it very difficult because we’ve obviously got a customer waiting outside so we feel we can’t be as personable as we really want to be a catch up with these people we haven’t seen and do miss.”

She said she feared for many pubs, especially once the furlough schemes runs down in September.

One popular Sheffield pub, the Devonshire Cat, has already announced it will not be reopening after the lockdown.