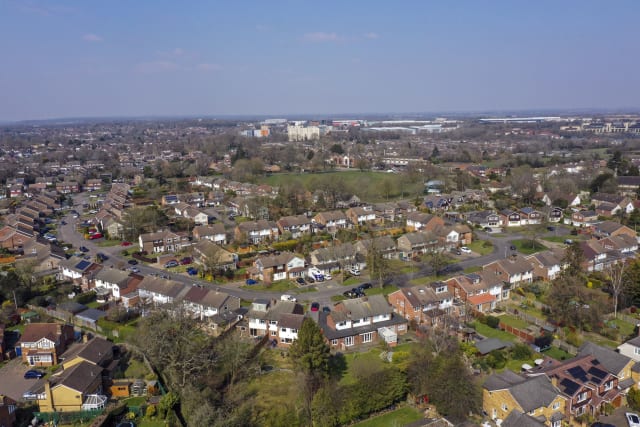 A “surprise” housing market rebound will mean that property prices do not start to fall generally until later this year, a website has predicted.

Zoopla said it expects to see house prices bounce upwards over the coming months as pent-up buyer demand which has grown during the lockdown is released into the market – before falling towards the end of 2020 into early 2021.

While UK prices are set to increase by between 2% and 3% over the next quarter, the initial upward momentum will be followed by a price dip as economic conditions bite, it predicted.

Richard Donnell, Zoopla’s director of research and insight, said: “The rebound in housing market activity has taken many in the industry by surprise.

“It is welcome news given the projections for falling economic growth and rising unemployment.

“Estate agents and developers are responding and using the upsurge in demand to rebuild their sales pipelines and open up their developments.”

Zoopla said that while buyer demand is elevated, the choice of properties available per estate agency branch is down by 15% typically compared with a year ago.

Estate agents’ stock levels in Cambridge, for example, are up to 40% lower year on year.

Zoopla added that in England, where the housing market reopened in May, the sales rebound has been strongest in the North, led by Leeds, Sheffield and Manchester, where sales are up to around 20% higher than in February.

Activity levels are also expected to rebound in Scotland, Wales and Northern Ireland as pent-up demand is released.

Mr Donnell continued: “We see returning pent-up demand and new buyers entering the market creating upward pressure on prices in the face of a lower supply of homes for sale which has been exacerbated by the lockdown.

“House price growth is set to hold up in the near term and we expect the downward pressure on prices to come in the final months of the year as demand weakens.”

Zoopla quoted a seller, Nicola McCarthy, 47, from Cheshunt in Hertfordshire, who put her home on the market at the beginning of June.

She said: “I noticed that homes were selling fairly quickly in our area so wanted to get our home on the market swiftly as we’re looking to downsize.

“We listed our home for sale at 5pm on June 2 and within an hour we already had a viewing booked for 7pm that night. Overall, we had 10 viewings and the property sold in just eight days.”

Most new sales being agreed in the current rebound are likely to complete between August and October.

Going into the autumn, the downturn in demand will coincide with low deposit mortgages become more scarce and coronavirus having a further impact on employment levels, Zoopla predicted.

Lender caution and a more limited availability of 10% deposit mortgages will reduce demand, particularly among first-time buyers who, over recent years, have been the engine of the housing market, Zoopla said.

The impact on house prices will crystallise in the final months of the year, it added.

In 2019, a fifth of all home-buyers purchased a property with a deposit of 10% or less.

A lack of first-time buyers would be felt by the rest of the market as it would prevent other buyers higher up the housing chain from moving.

Zoopla said further support and innovation to support the economy and the housing market cannot be ruled out, which would help to limit the downsides for the property market.

Commenting on Zoopla’s report, Nick Leeming, chairman of estate agent Jackson-Stops, said: “Those looking to sell their homes this year will benefit from listing their homes on the market sooner rather than later to capture the pent-up demand from when the market was closed.

“These sellers are not only more likely to achieve higher offers but should also secure a quicker sale by listing their homes in the coming months. Currently, we are seeing multiple offers on well-priced country property.”