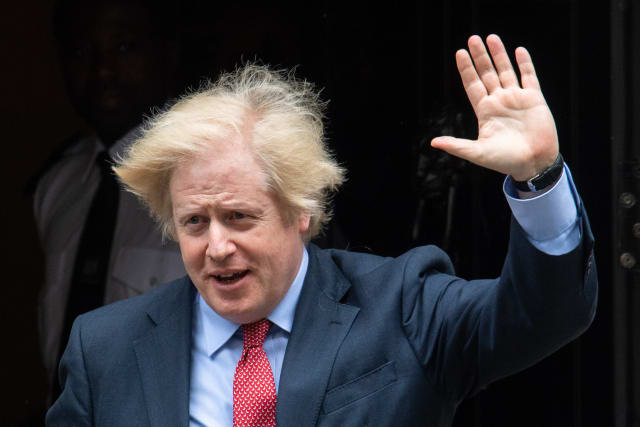 The Prime Minister listed the things he looked forward to most as he announced significant changes to lockdown restrictions, including getting a haircut and dining at a restaurant.

From July 4, pubs, restaurants and hair salons in England will be allowed to reopen – and indoor gatherings involving two separate households will be permitted.

At the Downing Street press briefing on Tuesday, Boris Johnson said he had a “very long list” of things he was looking forward to.

“I think it’s great to see people out shopping again and frankly I can’t wait to go to a pub or a restaurant, even if it may not be compatible with the new diet that I’m on,” he said.

“I’d love to go to the theatre again, I’d like to go and see The Globe.

“I’d like to go to a restaurant, frankly. I would love to get my hair cut.”

He added that he would “love to play village cricket again”, although he described a cricket ball as a “natural vector of disease” at the Commons on Tuesday as he confirmed the sport remains banned outside the elite level.

But he assured that work was continuing with the likes of the performing arts and sports sector to ensure more activities could be given the green light in the future.

Mr Johnson added: “Don’t think that this package represents the summit of our ambitions.

“It is as far as we can go for now but I want to stress again that we won’t be able to make further progress unless we continue to work together to keep this virus under control.”

Other venues that are set to open their doors include hotels, B&Bs and campsites along with most leisure facilities and attractions such as theme parks.

Outdoor gyms and playgrounds will be returned to use, and cinemas, museums and galleries will also be allowed to open their doors again.

However, live performances at concert halls and theatres are still banned, partly due to the risk posed by singing in spreading the virus.