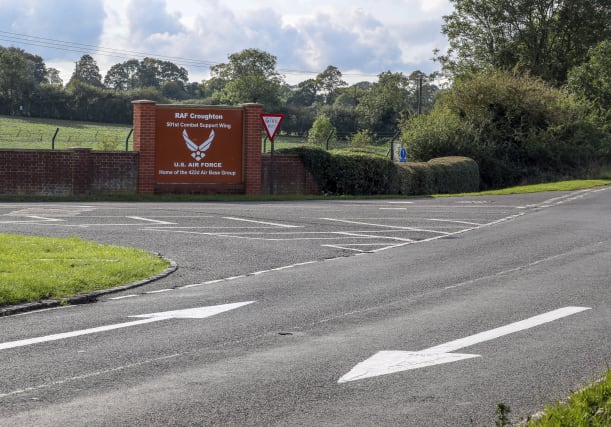 Harry Dunn’s parents have said they have been told by the Foreign Office (FCO) that discussions with the US to correct an anomaly that allowed their son’s alleged killer to claim diplomatic immunity are “not going well”.

The Foreign Secretary told MPs on December 20 he had “instructed my officials to begin discussions with the US” after concluding staff at RAF Croughton in Northamptonshire had less protection from UK criminal jurisdiction than members of their family.

Mr Dunn’s mother Charlotte Charles told the PA news agency it was “no surprise” when she was told that discussions with the US over the anomaly were not going well.

Anne Sacoolas claimed diplomatic immunity following a crash outside the US military base which killed 19-year-old Mr Dunn and was able to return to her home country.

The Dunn family argue that a so-called Exchange of Notes dating back to 1994-95 show that the 42-year-old should have had her immunity pre-waived when she entered the UK.

Diplomacy expert Sir Ivor Roberts described Sacoolas’s claim to immunity as “absurd” while former junior minister at the FCO Sir Tony Baldry, who signed an agreement granting immunity to members of staff at RAF Croughton, said he “cannot imagine any government agreeing to such an arrangement”.

The Foreign Office say because “dependants” are not mentioned in the agreement, Sacoolas had greater immunity than her husband Jonathan who worked as a technical assistant at the base.

The suspect’s claim to immunity is the subject of a judicial review in which the Dunn family argue Dominic Raab acted unlawfully over Sacoolas’s departure.

Addressing what officials at the FCO had told the family, their spokesman Radd Seiger said: “Mr Raab told the nation then that he instructed his team to attempt to address the anomaly with the USA, and explained to the parents personally in a meeting with them last December that that was the plan in order to ensure that what happened to Harry Dunn’s parents never happens again.

“Some seven months on, there appears to have been no progress made and officials at the FCO have told us that discussions are not going well.

“The American government is clearly not going to budge on even that simple issue.

“Either they will insert the word ‘dependants’ in the previously secret agreements to solve the issue, or not. It is a simple yes or no. The answer is obviously a no.”

Reacting to the Foreign Office’s update on discussions with the Americans, Mrs Charles told PA: “Frankly, this is no surprise to us. We lost all faith in Mr Raab months ago.

“He is totally powerless and impotent in the face of the American government’s intransigence.

“We need people in government who are going to fight for our rights. Not roll over as clearly happened here.

“I lost my son in circumstances which the government at the time foresaw would happen and yet successive governments did nothing about.

“I can’t bring Harry back but I can ensure that his death is not in vain. We do not want this to happen to another family again.”

A spokesman for the FCO said: “Addressing the anomaly in the historic arrangements at Croughton – to ensure they cannot be used in this way again – is a priority for the Foreign Secretary.”

Previously, a spokeswoman for the US State Department described the decision on Sacoolas’s immunity as “final” but said the US has a history of close law enforcement cooperation with the UK, and values that relationship.

She added that since the tragic accident occurred, the US has been closely engaged with the UK Government, and has been transparent about positions on legal and diplomatic matters concerning the accident.