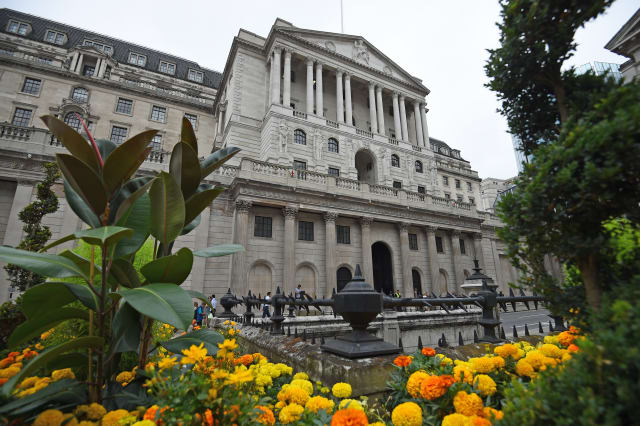 The UK “unequivocally recognises” the government of Venezuelan President Nicolas Maduro despite considering his position to be “illegitimate”, the High Court has heard.

Banco Central de Venezuela (BCV) is battling for the release of one billion US dollars (£800 million) of gold bullion held in the Bank of England’s vaults on its behalf, which it wants to sell to help tackle the country’s coronavirus crisis.

BCV says it has agreed to transfer the funds to the United Nations Development Programme (UNDP) to buy “healthcare equipment, medicines and basic foodstuffs” to address the Covid-19 emergency in Venezuela.

But the Bank of England (BoE) says it is “caught in the middle” of rival claims to the gold: from the BCV board appointed by Mr Maduro and an “ad hoc” board appointed by opposition leader Juan Guaido, who has asked the BoE not to “act on instructions from the Maduro board”.

At a remote hearing on Monday to decide who the UK Government formally recognises as the president of Venezuela, Nick Vineall QC – representing the “Maduro board” of the BCV – said: “There is one, and only one, functioning government in Venezuela: the Maduro government.”

He added: “Recognition of a government has nothing to do with approval or the legitimacy of that government.

Mr Maduro became president of Venezuela following the death of Hugo Chavez in 2013 and was sworn in for a second term last year amid claims of vote-rigging in the 2018 election, which was boycotted by opposition parties.

In February 2019, then foreign secretary Jeremy Hunt announced that the Government recognised Mr Guaido, the head of Venezuela’s National Assembly, as “the constitutional interim president of Venezuela until credible presidential elections can be held”.

“That position continues up to today, and the Government continues to have no diplomatic relations with Mr Guaido or his representatives.”

Andrew Fulton, representing the “Guaido board” of the BCV, said the case is a battle “for control of valuable Venezuelan assets between two rival presidents, only one of whom is recognised by the Government”.

He said the UK Government “has decided to recognise Juan Guaido as the constitutional interim president of Venezuela and has denounced the ‘illegitimate, kleptocratic Maduro regime'”.

Mr Fulton added: “In the courts of other countries whose governments have chosen to take a different stance to the UK on the legitimacy of Mr Maduro, the members of the Maduro board may enjoy a more sympathetic reception to their assertions that they are entitled to speak for the BCV.

“In England, however, those claims are doomed.”

In a statement ahead of the hearing, the Maduro board’s solicitor, Sarosh Zaiwalla, accused the BoE – which is playing no part in the recognition hearing – of “holding Venezuela’s gold in a politically motivated move” to support US President Donald Trump’s “foreign policy objectives in Venezuela”.

Mr Zaiwalla said the BCV had negotiated with the UNDP “to ensure all funds raised by the sale of Venezuelan gold will be used in the fight against Covid-19”, but that the BoE’s “continued intransigence is putting lives at risk”.

Before the hearing, Mr Guaido’s chief overseas legal representative, Jose Ignacio Hernandez, told Reuters that “recognition from the court would be a very important precedent” in relation to other Venezuelan assets, including a reported 5 billion US dollars frozen in foreign bank accounts.

The hearing before Mr Justice Teare, which is being conducted remotely via Skype, will take place over four days and it is expected that the court will reserve its judgment.