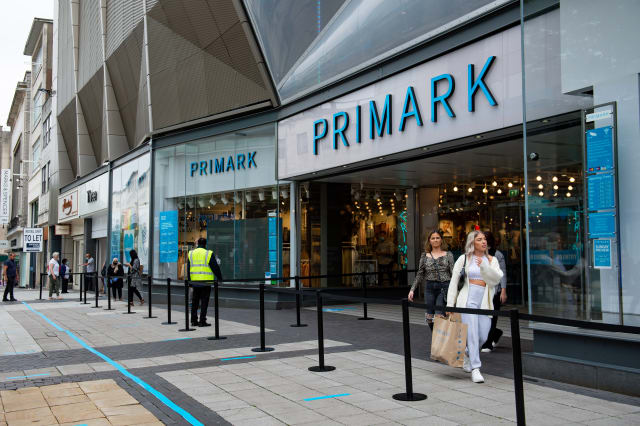 The reopening of non-essential retailers, including clothes shops and department stores in England led to a 51% surge in customers heading to the high street, new data shows.

Between Monday June 15 and Sunday June 21 the number of shoppers was up compared with the week before but remain at historic lows, according to Springboard.

Across all UK retail destinations, footfall was up 45% despite Wales and Scotland keeping non-essential stores closed.

Footfall numbers were up just 8.5% and 11.5% in those countries respectively.

Splitting out the data, it showed high streets and shopping centres in England saw the biggest uptick in shoppers, both up 51% during the week compared with a week earlier but retail parks saw a slower rise, up 32.7%.

But compared with a year ago, footfall in England is still down 47.7%.

The data also found each day of the week saw an increased number of shoppers as more customers felt safe heading to stores, apart from Thursday when there was heavy rain.

Diane Wehrle, insights director at Springboard, said: “The opening of non-essential retail in England on Monday June 15 had a substantial impact on footfall across all retail destinations.

“The overall result for the UK was subdued by Scotland and Wales where retail reopening is yet to happen.

“We anticipate an additional uplift to come when retail in these areas of the UK also reopens and the hospitality and entertainment industry is given the green light to resume trading in the coming weeks.”

The improvements on England’s high streets were not matched by London’s West End, however, with footfall remaining down 80.8%.

He warned: “In the West End, we are hindered by a lack of international visitors and restrictions to the use of public transport, and businesses are being further held back by unnecessary regulations.”

The Government is conducting a review of the distance, with a decision expected this week.

Pubs and restaurants will also hear about reopening plans slated for July 4.