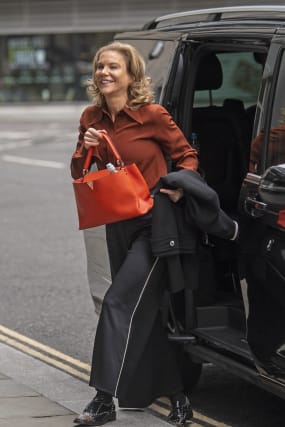 A former adviser to a Middle Eastern sheikh has sung the praises of a businesswoman embroiled in a £1.6 billion High Court battle with Barclays.

Ali Alatieh Jassim, a former adviser to Manchester City owner Sheikh Mansour bin Zayed Al Nahyan of Abu Dhabi, was well-connected in the Middle East and could “think outside the box”.

He said he had first met Amanda Staveley 13 years ago when Sheikh Mansour was taking control of Manchester City.

Mr Jassim said Ms Staveley, who was representing the then Manchester City owner Thaksin Shinawatra, had a “growing reputation” in the Gulf as a “notable deal-maker”.

He said he recalled being impressed with her ability to get the Manchester City deal “over the line” as “smoothly as she did”.

Ms Staveley has made complaints about the behaviour of Barclays when negotiating investment deals during the 2008 financial crisis.

She says Barclays agreed to provide an unsecured £2 billion loan to Qatari investors.

But she says that loan was “concealed” from the market, shareholders and from PCP Capital Partners, a private equity firm she runs.

Ms Staveley, who in recent months has been involved in brokering a deal which could see a Saudi consortium take control of Newcastle United, says PCP introduced Sheikh Mansour to Barclays and he “subscribed” to invest £3.25 billion.

Barclays disputes PCP’s claim and says it is made “of sand”.

The trial is due to last two months.

Mr Jassim said he thought that Ms Staveley’s connections in the Middle East were “at a higher level than any other Western financier” he came across.

“I first met Ms Staveley in around late 2007, in the context of the Manchester City FC deal,” Mr Jassim told the judge on Monday.

“I was aware of her growing reputation in the Gulf as a notable deal-maker.

“I recall being impressed with her ability to get the Manchester City FC deal over the line as smoothly as she did.”

He added: “Not long after that deal closed, in late September 2008, Ms Staveley first discussed with me her idea of Abu Dhabi buying a strategic stake in an English bank, which I believe she stated was Barclays.

“I told her that if she could put together a proposal for a sweet deal, by which I meant one with the potential for a large upside on favourable terms, I would support her in presenting a pitch to Sheikh Mansour, with whom she said she had already discussed the idea a few months earlier.”

He told the judge: “Sheikh Mansour and I had recently had experience of working with Ms Staveley on the Manchester City FC deal, which gave us reassurance about her capabilities, and we were aware she had also worked on other transactions. We had no reason to doubt her ability to execute and manage an investment such as this.”

But he said Ms Staveley could “think outside the box”.