Number of black students in Oxford rises, but low numbers admitted to colleges 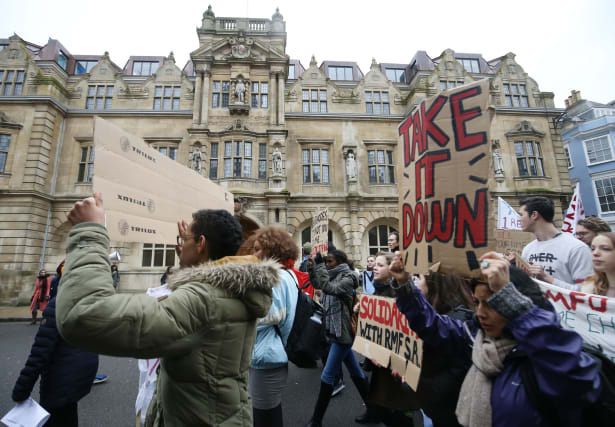 The number of black students attending Oxford University has increased, but figures show that in 12 of its colleges only five or fewer black undergraduates have been recruited over three years.

The proportion of British students from black and minority ethnic (BME) backgrounds admitted to Oxford last year increased to more than a fifth (22.1%) – up from 18.3% the previous year, statistics show.

More black students with Black African or Black Caribbean heritage (3.2%) were awarded places last year – compared to 2.6% in 2018, but the number admitted to some Oxford colleges and courses remains low.

Between 2017–2019, there were five or fewer black UK-domiciled students on 13 of Oxford’s largest courses.

Over the three years, there was one UK black student admitted to biology, two for history and politics and none for geography, according to the university’s Undergraduate Admissions Report.

In 12 of Oxford’s colleges, five or fewer UK black students were recruited over the same period.

The institution had planned to publish its admissions figures earlier this month, but it postponed the release in light of “world events”.

The death of George Floyd, a handcuffed black man who died after pleading for air as a white police officer knelt on his neck, has sparked Black Lives Matter protests around the world.

The movement has increased pressure on universities to decolonise the curriculum, tackle racism and boost diversity on campus.

At Oriel College, six black UK students were admitted between 2017-2019.

The admissions statistics also show that the proportion of British state school pupils securing a place at Oxford has increased to a record high of 62.3%, compared to 55.6% five years ago.

Admissions of students from the most deprived areas of the UK have increased from 8.6% to 12.2%.

But still nearly half (49%) of UK students admitted to Oxford between 2017 and 2019 came from London and the South East of England.

The report also shows applying to Oxford is more competitive than ever, with 23,020 students applying for just 3,300 undergraduate places. In 2019, almost four in five places (2,586) went to UK students.

It comes as the university shares its plans to expand online resources and to run widening access programmes virtually amid the Covid-19 pandemic.

Dr Samina Khan, director of undergraduate admissions and outreach at Oxford University,  said: “Expanding our digital resources has been a major priority for the university in recent weeks.

“Many young people are in the process of making important decisions about their higher education future in the midst of a crisis, and I think it would be deeply unfair for talented students of all backgrounds to lose sight of their ambitions because of the education disruption caused during this time.”

Prof Richardson said: “The impact of the Covid-19 pandemic has exposed the deep education inequalities in our society. We are acutely conscious of its differential impact both on our current students and on those considering applying to Oxford.”

She added: “Notwithstanding the major challenge of adapting to the constraints posed by the pandemic we fully intend to continue our progress towards ensuring that every talented, academically driven pupil in the country, wherever they come from, sees Oxford as a place for them.”