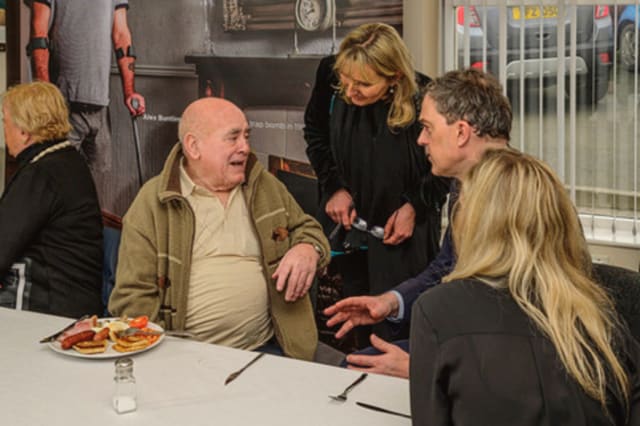 A campaigner for a pension for the worst injured Northern Ireland conflict survivors has died before the measure was introduced.

Paddy Cassidy, aged in his late 70s, suffered life-long pain after being shot in the spine by the UVF while close to his home in the Oldpark area of Belfast in September 1971.

Alan McBride, from the Wave injured group support organisation, said most of the severely injured had serious underlying health conditions due to life-changing injuries and were at an increasingly vulnerable age.

He said: “It’s a constant fear that the news will come as it did today that we have lost another friend.

“That it should happen when the Victims Payment Scheme that Paddy campaigned for is deadlocked makes it even harder to take.”

Plans by Northern Ireland Secretary Brandon Lewis to publish the latest draft guidelines on the Troubles pension were put on hold earlier this month.

Sinn Fein has said the guidelines discriminate against former prisoners.

The NIO and the DUP have accused republicans of blocking the payments by refusing to nominate Stormont’s Justice Department to oversee the scheme.

Mr McBride said: “There was not a day since his injury as a 28-year-old nearly 50 years ago when Paddy was free from pain.

“Despite that, his commitment to seeing recognition and acknowledgement of the great harm done to him and others like him was phenomenal.”

He was married with three children and working as a steel erector and rigger at a power station until the random loyalist gun attack which changed his life.

He spent a year in a wheelchair and only regained his ability to walk with the aid of calipers and crutches.

He was awarded £27,000 compensation for disabilities which left him unable to work again.

In an online video, Mr Cassidy described the impact of decades of at times “none-stop” pain.

He said: “I have prayed, I have cursed, I have done everything.”

He still went fishing, but said the impact of his injuries had been profound.

“The things that I used to do I cannot do,” he added.

Northern Ireland’s Victims’ Commissioner has accused the authorities of adding insult to the injury sustained by thousands of conflict survivors by failing to introduce a pension scheme as scheduled.

In a scathing critique of the UK Government and the Stormont Executive, Judith Thompson said victims had once again been allowed to slip down the list of priorities.