GCSE and A-level exams could be pushed back in 2021 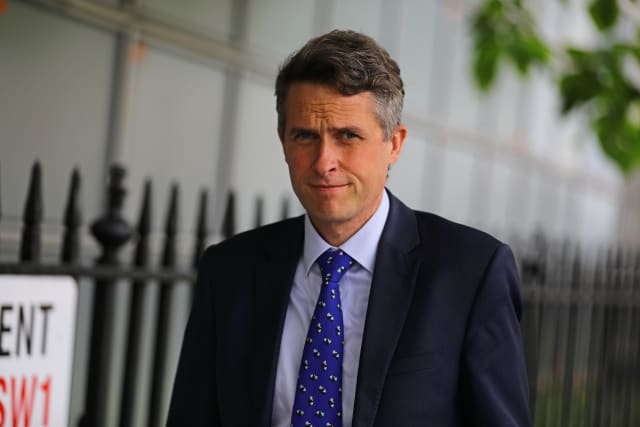 The Education Secretary has indicated GCSE and A-level exams could be pushed back next year, as he confirmed he will outline plans to fully re-open schools next week.

Gavin Williamson told the Commons he is consulting with exams regulator Ofqual about pushing exams back next year to give pupils and teachers more time to prepare from them.

During education questions, he also told MPs the Government will unveil plans next week for the “full return of every single child” to school.

He said: “We’ve given schools extra flexibility to get more children in and we’ve made it clear that next week we’ll be outlining plans for a full return of every single child in every year group back into school.”

Tory MP Alec Shelbrooke (Elmet and Rothwell) asked whether the 2021 summer exam season could be pushed back from May to July to help students catch up.

Mr Williamson replied: “(Mr Shelbrooke) raises an important point about how do we add more teaching time in and that is why we’ll be consulting with Ofqual about how we can move those exams back giving children extra time in order to be able to learn and really flourish and do incredibly well.”

She added: “However less than an hour later the Government amended the press release, the funding was not for early years and 16-19, it was £650 million, not £700 million, it would not be available until September and now I hear that schools will need to find 25% of tuition funding themselves.

“So I ask the Secretary, what on Earth happened?”

Mr Williamson replied: “The difference between our scheme and (Ms Long-Bailey’s) scheme is that our scheme will deliver results and make a difference.”

He added: “It is going to deliver and close the gap in terms of attainment much more effectively than any of the proposals that the party opposite has done.”

Education minister Gillian Keegan said the Government is working to ensure Year 11 pupils who are due to start college in September get the support they need.

Labour’s shadow education minister Toby Perkins asked the Government to ensure college students will not miss out on catch-up lessons.

Ms Keegan said: “There has been a great response from the further education sector. They were quick to move online, they provided a wide range of engaging and innovative classes.

“But we do recognise the need for catch-up, particularly those starting college from school and we’re working to see what more support we can give to make up for the disruption due to Covid-19.”