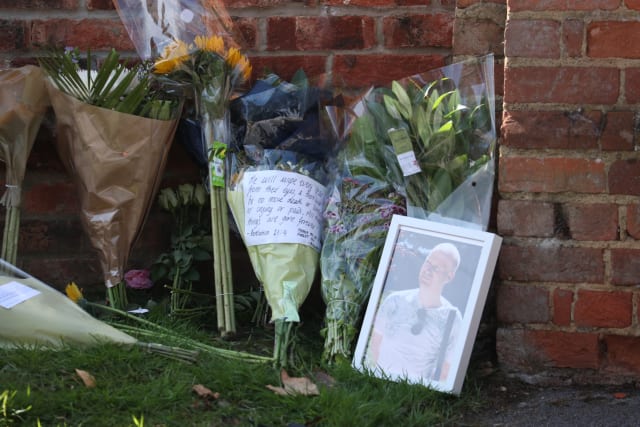 Former pupils of James Furlong, a history teacher killed in the terror attack in Reading, have paid tribute to the “deeply loved and valued” educator.

Mr Furlong was head of history, government and politics at The Holt School in Wokingham.

The 36-year-old was one of three people killed during the incident at around 7pm on Saturday in Forbury Gardens, Reading town centre.

Around 200 former pupils and parents at The Holt School have asked the headteachers and governors to rename the school’s humanities block in Mr Furlong’s memory.

In an open letter, the former students wrote: “His deep knowledge and love for his subject, his nurturing spirit and his unfaltering kindness towards his students are treasured by all who knew him.

“Though future cohorts of students will never have the privilege of being taught by James, we firmly believe that he should be remembered and honoured by all that pass through its doors.

“James’ legacy is one of wisdom, self-sacrifice, resilience and determination.

“We thank him for his patience, his gentleness and his sincere dedication to his students, colleagues, friends and family. He is loved, and remembered with fondness and admiration.”

The former pupil who worded the letter, who did not want to be identified, told the PA news agency it was important to memorialise the teacher in a “tangible” way.

The pupil said: “He was a deeply funny, witty man with a really dry sense of humour. He had a little bit of snark to him and it was really refreshing and he brought a real vibrancy to the community.

“He was deeply loved and valued and there are people that are going to carry with them the lessons that he gave us and the kindness he showed us, we’ll carry that with us for the rest of our lives I hope, at least I will.

“I hope he did know the impact he had on his students, the fact that we got around 200 signatures in just a couple of hours shows just how important he was to so many people in the community.”

More than 100 pupils attended The Holt School on Monday morning to hold a moment of silence, with flowers laid at the school gates.

“I was never personally taught by him but he always had a lovely, lovely manner,” she told PA.

“Always happy. You could just tell from a mile off he was lovely. It’s just so tragic.”

Lessons at the school were cancelled on Monday as many pupils and staff gathered to lay flowers.

Others lit candles in Mr Furlong’s memory at the nearby St Paul’s Parish Church.

Mr Furlong, who was originally from Liverpool, also taught in the city before he worked at the Berkshire school.

Katya Beaver, 24, was taught by Mr Furlong in 2011 at King David High School in Liverpool.

She told PA: “Mr Furlong was more than a teacher, he was also a friend – I mean, for one thing, he let us call him Jimmy!

“He bonded with everyone in our school year, we even petitioned to have him stay once his substitute contract was over.

“He really meant a lot to a lot of different people. My friends and I still talk about Jimmy, bearing in mind he taught us GCSE history almost 10 years ago.”

Fauci: 'tens of millions' of vaccine doses by early '21

'There is a middle ground' to reopening -Fauci

Fauci: No 'indication' of WH pressure on vaccine