Don’t get too attached to Bank of England stimulus, governor warns 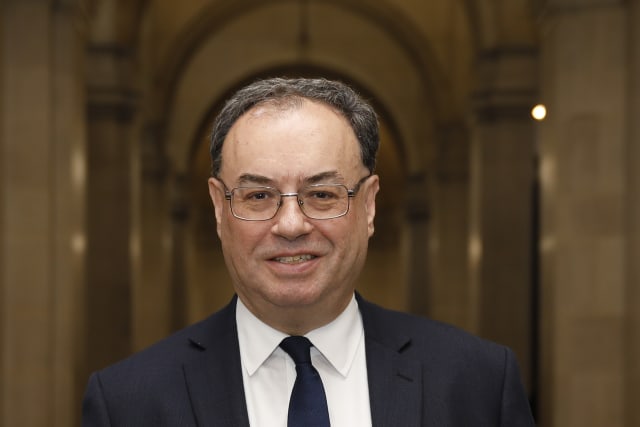 Bank of England Governor Andrew Bailey has signalled a shift in policy which could see it selling off bonds before it starts raising interest rates again.

The UK’s top banker said that, with so much quantitative easing on its books, the Bank might be restrained in what it could do in future.

Last week, the Bank announced that it would increase its stimulus package to £745 billion in a bid to help prop up the struggling economy.

“As economies recover, it’s likely that some of the exceptional monetary stimulus will need to be withdrawn, including by reducing reserves.”

He added: “When the time comes to withdraw monetary stimulus, in my opinion it may be better to consider adjusting the level of reserves first without waiting to raise interest rates on a sustained basis.”

The Bank’s balance sheet was already high before the coronavirus pandemic struck earlier this year, forcing it to step in with more help for the flailing economy.

Mr Bailey’s statement signals a move away from the policies pursued by his predecessor, Mark Carney.

Mr Carney had previously said that he would wait for interest rates to hit 1.5% before starting to reduce assets.

Mr Bailey has overseen an unprecedented time in the Bank’s history after taking over in March.

Since then the Bank’s baseline interest rate has been slashed to 0.1%, and the Bank promised to buy billions of pounds worth of bonds, and lend billions to large companies.

The governor said Covid-19 had posed the most serious threat to the stability of the financial system since the financial more than a decade ago.

Mr Bailey wrote: “The response has included a major programme of asset purchases and lending by central banks, with a corresponding growth of balance sheets.

“This has been the right thing to do to reduce borrowing costs, boost cash flows and more broadly support economies, and it has shown how essential it is to have truly independent central bankers.

“But the financial system mustn’t become reliant on these extraordinary levels of reserves.”