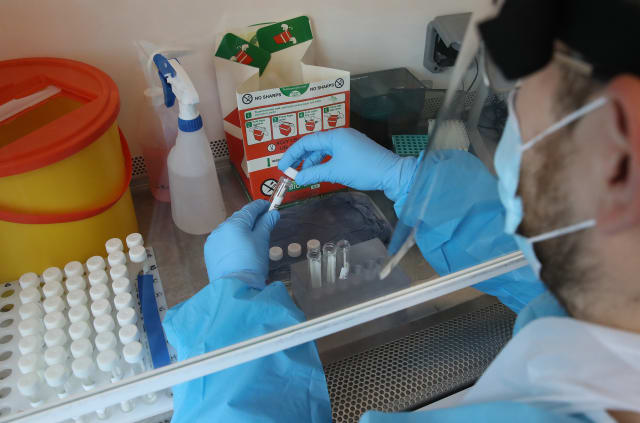 The executive is poised to allow up to six people to gather in an indoor setting.

The final decision at the meeting of the executive on Monday afternoon will depend on the latest evidence on the suppression of the disease.

On Saturday, Northern Ireland’s heath trust labs reported no new confirmed cases of coronavirus for the first time since lockdown.

The daily update from the Department of Health revealed there were no positive results in the 995 tests analysed in their labs through Friday.

It was the first day since March that no new positive tests had been reported in a 24-hour period by health trust labs across the region.

Earlier this month, ministers approved the creation of indoor social bubbles involving one person living on their own and another household, without the need for social distancing restrictions.

While a move to allow six people to gather indoors would allow for multiple people from different households to meet inside, it is set to have some social distancing guidance attached.

The suppression of the virus in the region has prompted Stormont ministers to quicken Northern Ireland’s exit out of lockdown.

Traffic wardens were back on the beat across the region on Monday after the lockdown suspension of on-street parking charges was lifted.

From June 26, caravan parks, campsites and self-contained tourist accommodation will be able to reopen.

A week later, on July 3, hotels, restaurants, cafes, coffee shops, pubs and bars will be able to welcome customers back.

Church services are set to resume on June 29 while a provisional date for hair salons, barbers and nail bars to reopen has been set for July 6.

Guidance advising people in high-risk categories to shield indoors is to be paused at the end of July.

Stormont ministers have also announced plans for childcare services to start to look after more children over the summer.

They are also seeking to maximise the number of children who can return to school on a full-time basis in the autumn by reducing the social distancing measure for pupils from two to one metres.