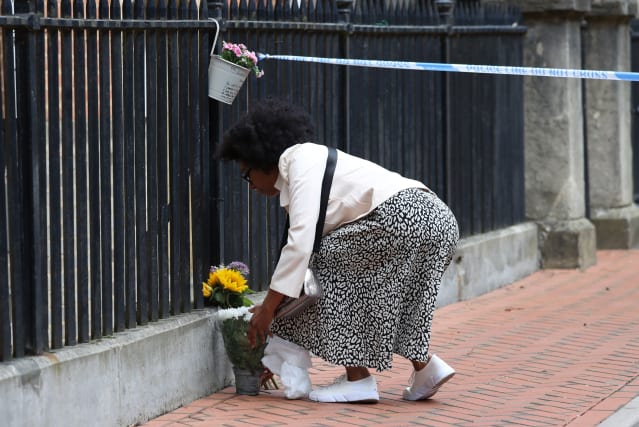 The murder of three people in a Reading park has been declared a terrorist attack.

The incident, which took place at 7pm on Saturday in Forbury Gardens in the town centre, also left another three people seriously injured.

A 25-year-old man from Reading was arrested at the scene on suspicion of murder and is currently in custody.

The suspect is a Libyan asylum seeker and mental health is being considered a major factor in the incident, a security source told the PA news agency.

Thames Valley Police said on Sunday morning the attack is now being treated as terrorism and that counter-terror police would now be taking over the investigation.

Chief Constable John Campbell, of Thames Valley Police, said: “Incidents of this nature are very rare, though I know that will be of little comfort to those involved and understand the concern that this incident will have caused amongst our local community.

“We will be working closely with our partners over the coming days and weeks to support the Reading community during this time, as well as with Counter-Terror Police South East (CTPSE) as they progress their investigation.”

He asked the public to avoid the area and also to “avoid speculation” about the attack.

Mr Campbell said: “We would like to hear from anyone who has video footage.

“Out of respect for those deceased and injured, along with their loved ones, please do not circulate this footage on social media – this will be incredibly distressing.”

Footage of the aftermath of the incident appeared online on Saturday evening.

Boris Johnson has held a meeting with security officials, police and senior ministers over the incident.

Investigators previously said they were not looking for anyone else in connection with the attack. It is unclear if this is still the case.

At least two casualties are being treated in the emergency department of the Royal Berkshire Hospital, a spokeswoman said.

Reading town centre was quiet on Sunday morning, with few people on the streets.

All roads surrounding Forbury Gardens – which is a short walk from the train station – remained cordoned off.

Blue and white tents have been erected next to the walls of the park, with officers patrolling a cordon.

Personal trainer Lawrence Wort, 20, who said he was around 10 metres from the attack, told PA on Saturday night: “The park was pretty full, a lot of people sat around drinking with friends, when one lone person walked through, suddenly shouted some unintelligible words and went around a large group of around 10, trying to stab them.

“When he realised that he couldn’t catch us, he tried to stab another group sat down, he got one person in the back of the neck and then when he realised everyone was starting to run, he ran out the park.”

Prime Minister Boris Johnson tweeted: “My thoughts are with all of those affected by the appalling incident in Reading and my thanks to the emergency services on the scene.”

Home Secretary Priti Patel said in a statement: “This evening we saw a senseless attack on people simply enjoying a Saturday evening with family and friends.

“My heart, prayers and thoughts are with all of those affected and to the people of Reading who will be deeply shocked and concerned by this terrible incident.

“I am in contact with the police and will ensure they have all the support they need. I would like to thank Thames Valley Police and the emergency services for their response.”

Thames Valley Police has said there was no connection to the Black Lives Matter protest in the town earlier on Saturday.

“I can confirm that this incident is not connected. It occurred around three hours after the protest had concluded,” Detective Chief Superintendent Ian Hunter said.

Mr Hunter also urged people to continue to stay away from the area as police conduct their investigation.

“Police cordons continue to be in place and are likely to be for some time as we work to establish the circumstances of what has happened. You will also see an increased police presence in the area as we continue to make enquiries.

“I would urge the public to avoid the area at this time and thank the community for their patience.”

Nieema Hassan, an organiser of the Reading protest, posted on Facebook that demonstrators had dispersed by the time of the attack.

She added: “In terms of the protest and people that attended from Black Lives Matter, we’re all safe, none of us are affected.

“I have goosebumps knowing that this has happened only a few hours after we all peacefully came together today to talk about change and equality, and it’s pretty heartbreaking that this day has been tarnished with violence.”

Counter terrorism policing are due to make a further statement later today.