Government ‘asleep at the wheel’ over plans to reopen schools, says Labour 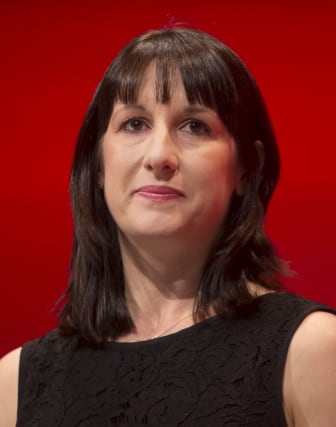 Labour frontbencher Rachel Reeves has accused the Government of being “asleep at the wheel” over plans to reopen schools following the coronavirus lockdown.

The shadow chancellor of the Duchy of Lancaster and shadow minister for the Cabinet Office said Education Secretary Gavin Williamson was “set a test, he has failed it miserably”.

Ms Reeves warned of a “generation who are left behind and locked out of future opportunities because of mistakes made during this pandemic”.

She said the current economic picture was “incredibly worrying”, adding that the debt, deficit and jobs figures, plus the fall of GDP in March, “should give us all huge cause for concern”.

She told Sky News’ Sophy Ridge On Sunday: “We do need from the Chancellor a budget for jobs, a back-to-work budget in July this year to quickly get on top of this.”

Her concerns were echoed by Frances O’Grady, general secretary of the Trades Union Congress (TUC), who said she was “really worried” about the UK jobs situation and called for “bold thinking”, adding “this could be as bad as the 1930s if we don’t get our act together and come together”.

Ms Reeves said: “I would like to see more children return to school safely, but the truth is the Government have failed in the commitments that they made to parents and to the country which was to return all primary school children to school safely before the summer holidays.

“Frankly I don’t know what the Education Secretary Gavin Williamson has been doing for the last three months because he should have been using this period of lockdown to prepare schools to ensure that the space is available, because many schools are cramped, particularly in inner city areas … were going to struggle with the smaller bubbles in which children need to be taught in and so the Government should have been working with libraries, with community centres, with leisure centres to open them potentially as school settings or putting temporary buildings in.

“The Government didn’t do that, they were asleep at the wheel. Gavin Williamson was set a test, he has failed it miserably and now the Government are trying to blame other people for their failure to get schools open.

“I think that schools could have opened safely for all children before the summer holidays if the Government had of thrown everything into it.”

She said: “The jobs market is on red alert and we’re very clear that the Government can’t afford to stand on the sidelines and watch good firms go bust and jobs go to the wall.”

She added: “We don’t want industries going off the cliff edge come October and one thought that we want the Government to consider is taking equity stakes in firms.”

Too many firms, “big high-profile names”, have not published their risk assessments she said, adding: “That test, trace, isolate scheme where is it? We need it up and running, that’s absolutely critical to the infrastructure to ensure that people are safe.”

She said teaching and education unions had been arguing for catch-up schemes over the summer, adding: “It would be great to see the Government pay attention to some of those practical ideas … It’s common sense that we should be putting kids first and I know that education unions are committed to that.”

Shadow health secretary Jonathan Ashworth said Labour would support the end of the two-metre rule if other safety measures were put in place.

He told The Andrew Marr Show on the BBC: “Yes, under certain circumstances. But we also need to see a greater use of face masks, I would’ve thought.

“As I’ve said, certain staff, workers who are very public-facing in their day-to-day action, perhaps greater use of face-shielding, let’s get testing and tracing up and running.”