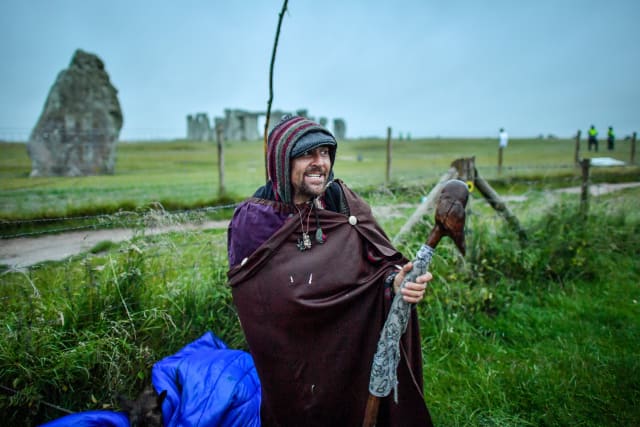 It was a soggy start after the shortest night of the year for many parts of the UK, despite the promise of hot weather on the way later this week.

More than 3.6 million people around the world tuned in to a livestream from Stonehenge on Saturday night and Sunday morning for a virtual celebration of the summer solstice.

With the usual celebrations cancelled due to coronavirus restrictions, English Heritage broadcast footage from the famous Wiltshire landmark on its Facebook page instead.

Normally around 10,000 people would attend the site itself, with the usually roped-off stones allowed to be touched.

Stonehenge director Nichola Tasker said: “It was a rather wet but nonetheless atmospheric sunrise this morning and we were delighted to see that so many people around the world were enjoying the unique experience of seeing the dawn at Stonehenge on midsummer’s day.

“We were sorry not to be able to open for solstice this year but we hope that our live stream offered the opportunity for people near and far to connect with this spiritual place at such a special time.

“We look forward to welcoming everyone back next year.”

Stonehenge will reopen to the public on July 4.

Meanwhile, weather forecasters have predicted Britain could see the hottest day of the year so far next week, as the skies begin to brighten up over the course of Sunday.

Temperatures could hit 30C (86F) in London by Wednesday.

Met Office meteorologist Emma Salter said: “England and Wales should be totally clear of cloud from Sunday, with temperatures building day on day.

“Scotland and Ireland could be more cloudy and overcast, but temperatures will still be warmer.

“Wednesday could be the hottest day of the year so far, with temperatures expected to reach 30C in London.”