Reading stabbing attack: What we know so far 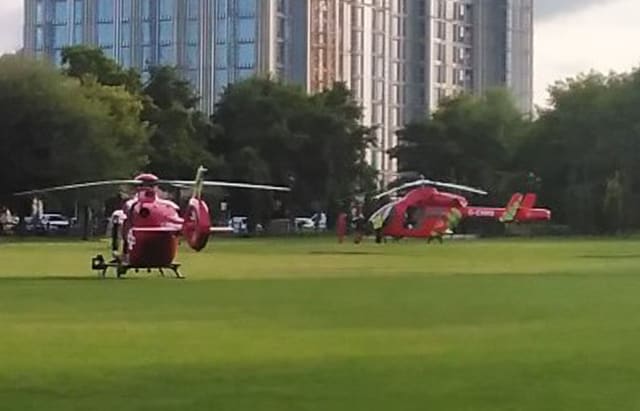 There have been multiple victims following a mass stabbing attack in Reading’s town centre.

Here is what we know so far about the stabbing incident in Reading:

– A number of people were stabbed by a man in Forbury Gardens in Reading’s town centre around 7pm on Saturday night.

– At least two people are being treated for knife wounds in hospital.

– Thames Valley Police (TVP) said a man was arrested at the scene and taken into police custody.

– The attack is suspected to be terror-related, a security source has told the PA news agency.

– The source added the man who was arrested is Libyan.

– Lawrence Wort, 20, who said he was around 10 metres from the attack, said the attacker “shouted unintelligible words” before attacking multiple groups of people, adding: “when he realised everyone was starting to run, he ran out the park.”

– TVP added there was no indication that the incident was linked to a Black Lives Matter protest that took place in Reading earlier in the day.