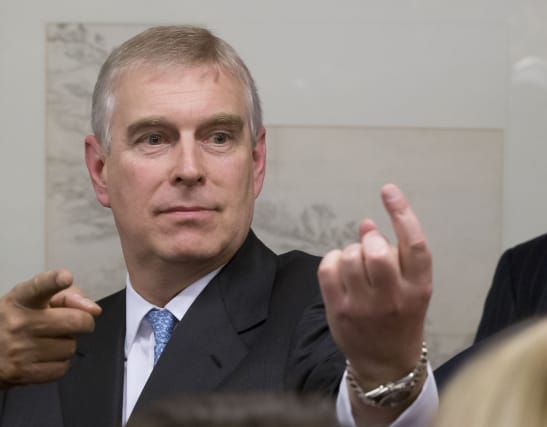 Geoffrey Berman, the lawyer leading the investigation into Jeffrey Epstein and who accused Prince Andrew of “shutting the door” on his probe, has insisted he has not resigned.

US attorney general William Barr said that Mr Berman was stepping down as the country’s attorney in Manhattan late on Friday night.

But Mr Berman said he had no intention of standing down and that investigations would continue “without delay or interruption”.

Mr Berman’s office has prosecuted a number of associates of Donald Trump, including his former lawyer Michael Cohen, and has investigated the president’s personal lawyer Rudy Giuliani.

The dispute between the Duke of York’s camp and American authorities over his availability to answer questions about convicted sex offender Jeffrey Epstein has recently reignited.

Andrew has been accused of attempting to “falsely portray himself to the public as eager and willing to co-operate” by Mr Berman.

He was responding to the statement from the duke’s legal team, who earlier this month issued a strongly-worded defence of their client saying he had made three offers to give a witness statement.

A royal source described the US Attorney’s comments as another example of the official breaking his own confidentiality rules and that his actions were “frankly bewildering”.

The spat was sparked by details emerging of America’s Department of Justice’s mutual legal assistance request to the Home Office, to quiz the Queen’s son as a witness in a criminal investigation into Epstein’s offending.

The duke’s legal team said in its statement: “The Duke of York has on at least three occasions this year offered his assistance as a witness to the DOJ.

“Unfortunately, the DOJ has reacted to the first two offers by breaching their own confidentiality rules and claiming that the duke has offered zero co-operation.

“In doing so, they are perhaps seeking publicity rather than accepting the assistance proffered.”

Mr Berman, US Attorney for the Southern District of New York, said the duke had “yet again sought to falsely portray himself to the public as eager and willing to co-operate with an ongoing federal criminal investigation into sex trafficking and related offences committed by Jeffrey Epstein and his associates, even though the prince has not given an interview to federal authorities, has repeatedly declined our request to schedule such an interview and nearly four months ago informed us unequivocally – through the very same counsel who issued today’s release – that he would not come in for such an interview”.