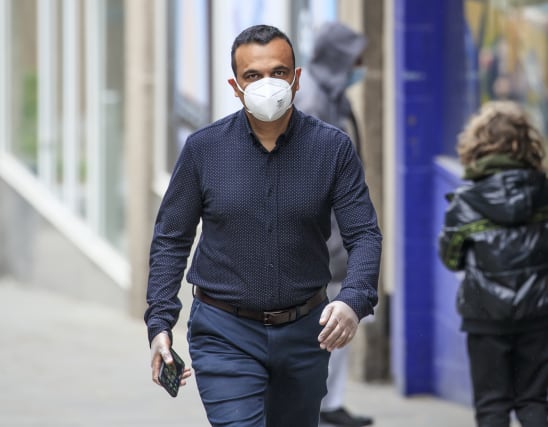 South Asian people are at highest risk of dying from Covid-19 after being admitted to UK hospitals, even when factors such as obesity are taken into account, the biggest study of its kind has found.

Data from 30,693 people admitted to 260 hospitals found a 19% increased risk of death with coronavirus for those who were South Asian compared with white people.

Experts behind the study said 40% of the South Asians in the group had diabetes – which was a “significant factor” in their increased risk of death.

Professor Ewen Harrison, from the University of Edinburgh, who led the study, told the PA news agency that the increased risk of death was not due to obesity, which is linked to many cases of Type 2 diabetes.

“South Asian people, in fact, on average, have a lower weight compared with the white group,” he said.

Prof Harrison said: “What our study is asking is, once you’re in hospital, are you more at risk if you’re in a particular ethnic group?

“But once they get to hospital, we don’t see a strong signal that they (black people) have a worse outcome, and you didn’t find that for other ethnic minorities either.”

He said the paper has policy implications around workplace risk assessment, easing of lockdown and the provision of personal protective equipment (PPE) for frontline workers.

It may also change who is eligible for any vaccine that is developed in the fight against Covid-19.

The data for the research was taken from hospitals in England, Scotland and Wales from February 6 to May 8, with patient follow-up to May 22.

Ethnic minorities were younger and more likely to have diabetes (Type 1 and Type 2) but had fewer other underlying health conditions such as chronic heart disease or dementia than people who were white.

No difference was seen between ethnic groups when it came to the severity of illness on admission to hospital.

People who were South Asian were 28% more likely to be admitted to critical care, as were those who were black (36% increased risk), compared with those who were white, the study found.

This held true even when age, sex and place of admission were taken into account, and the impact of deprivation.

The team concluded: “Ethnic minorities in hospital with Covid-19 were more likely to be admitted to critical care and receive IMV (ventilation) than whites, despite similar disease severity on admission, similar duration of symptoms, and being younger with fewer comorbidities.

“South Asians are at greater risk of dying, due at least in part to a higher prevalence of pre-existing diabetes.”

“They’re younger, 12 years younger in average, less likely to have pre-existing conditions such as lung disease, dementia or obesity but much more likely to have diabetes.

“In fact 40% of the South Asians in hospital with Covid-19 have diabetes, we think this is quite a significant contributor to their increased likelihood of death.”

NHS Blood and Transplant (NHSBT) has discovered that people from Asian communities who have recovered from Covid-19 are more likely to have the antibody-rich convalescent plasma which can save lives.

It is calling for new donors as it collects convalescent plasma for a major new coronavirus treatment trial.

The plasma can be transfused into people who are struggling to develop their own immune response.