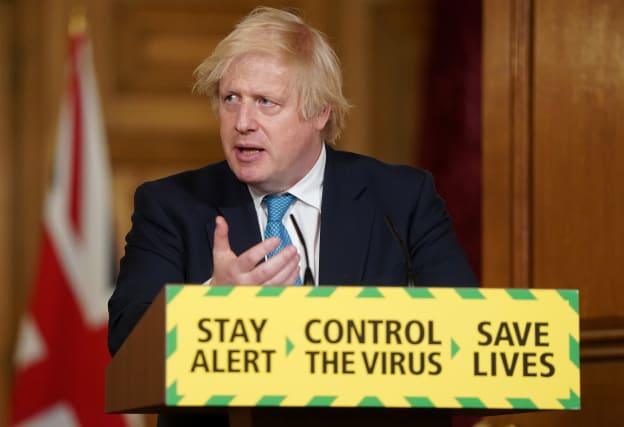 People in England with learning disabilities have called on the Government to make its coronavirus guidelines easier to understand, with some “absolutely terrified” they may find themselves on the wrong side of the law.

Campaigners say that while accessible information has been provided on certain topics during lockdown, it has been arriving up to two weeks later than the regular releases, leaving some people feeling like “second-class citizens”.

Accessible information is simply information that someone can understand. It may take the form of an easy-read document or a sign language interpreter, among other things.

It is particularly relevant to people with autism or a learning disability, who can require support to understand complex information such as new coronavirus guidelines.

Dr Karen Parry is chief executive of Inclusion North, which works towards inclusion for people with a learning disability or autism and their families.

The group chose to produce their own accessible documents due to the delay in distribution from the Government.

“That just says that people who need an accessible version are like second-class citizens,” Ms Parry told the PA news agency.

“Sometimes it’s two weeks later that an accessible version comes out, which we think is way too late, so we’ve just done our own.

“It’s filling a gap which we should not have to do. We have people ringing us up, absolutely terrified, saying ‘Will the police arrest me if I go out? I don’t know what I’m allowed to do’.”

Samantha Clark is chief executive of Learning Disability England, a group representing the needs of the community.

“There isn’t a coherent strategy,” she told PA. “There is no way of being confident what you will or won’t get. That’s part of the problem.”

Ciara Lawrence, 40, has a mild learning disability, while Vijay, 32, has dyspraxia. Both work for Mencap and have found the daily briefings difficult to understand.

“I had to spend time explaining it to some of my friends who have a learning disability, and I shouldn’t have to do that,” said Mrs Lawrence. “It should have been clear from the get-go.

“The other day I was watching the daily briefing, and there were four big words used. I was tweeting my friends going ‘Can someone just tell me what that means?'”

Vijay, meanwhile, said he has struggled with the visual methods the Government has used to communicate data.

“They show pictures of graphs, for example, which I’ve found really confusing and hard to understand,” he said.

“I think people with learning disabilities have been forgotten during this unusual situation.”

Becki Parker, 32, from Durham, has autism. She recorded a video message to Prime Minister Boris Johnson, explaining the challenges she faces when trying to follow the guidelines.

“I take things literally so, when they sent out images of beds and fridges to explain distance between people, that was confusing,” Ms Parker told PA.

“I thought ‘So I need to take my bed? Which way would you measure it? Width/length etc?’

“My autism means I follow rules. I need rules, they guide me. Not knowing the most important rules there can ever be is frustrating.”

Learning Disability England is aiming to tackle the problem by facilitating a campaign encouraging user-led activist organisations to pressure the Government into producing different formats of accessible and timely information.

With lockdown restrictions being lifted week by week, clear and prompt guidance for the learning disability community is crucial now more than ever.

“The campaign becomes even more important as we go into a more flexible and nuanced situation,” said Ms Clark.

“When it was just ‘Stay at home’, that was tough, but it’s somehow easier to manage and implement.”

The Cabinet Office told PA that anyone can request an accessible format for the daily briefing slides and materials, and said it has established British Sign Language interpretation with the help of the BBC.

A Government spokesman said: “It is vital that public health information reaches everyone across the country, which is why we have reissued guidance to every government department reminding them that all their communications must be fully accessible, to ensure they reach everyone in appropriate, inclusive formats.

“The Cabinet Office regularly engages with a wide range of disabled peoples organisations and charities in order to better understand the concerns of disabled people and to ensure that government communications are appropriately tailored to be as inclusive as possible and will continue to do so.”