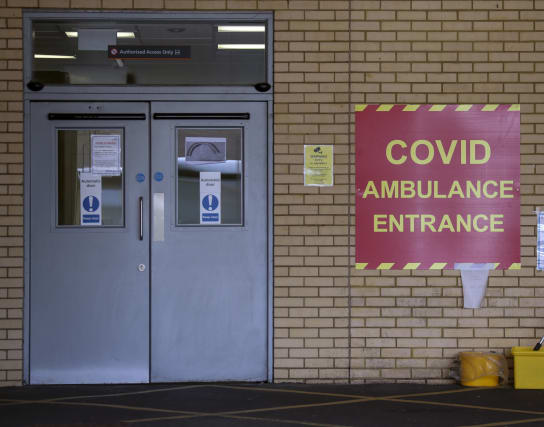 Muslim males have the highest rates of death involving Covid-19 among all religious groups, with a risk of dying that is 2.5 times higher than males who have no religion, new analysis suggests.

The figures have been published by the Office for National Statistics (ONS) and cover deaths that occurred in England and Wales between March 2 and May 15.

They suggest the risk of dying from Covid-19 is higher among those identifying as Muslims, Jewish, Hindu and Sikh than other religious groups.

Those who identified as Jewish at the time of the 2011 Census showed an increased risk of a death involving Covid-19 compared with the Christian population.

Responding to the findings, ONS head of life events Nick Stripe said: “For the most part the elevated risk of certain religious groups is explained by geographical, socio-economic and demographic factors and increased risks associated with ethnicity.

“However, after adjusting for the above, Jewish males are at twice the risk of Christian males, and Jewish women are also at higher risk. Additional data and analyses are required to understand this excess risk.”

Religion is not recorded on somebody’s death certificate, so the ONS used information from the 2011 Census to determine religious group and other demographic factors.

The analysis was restricted to those aged nine and over, because children under nine would not have been born at the time of the last Census.

Separate figures published by the ONS confirm previous findings that the mortality rate for deaths involving Covid-19 among some ethnic groups is higher than the rate for people of a white ethnic background.

As with the separate figures for religion, this data covers deaths that occurred in England and Wales between March 2 and May 15.

For females in Bangladeshi or Pakistani, Indian, Chinese and mixed ethnic groups, the risk of death involving Covid-19 was equivalent to white females.

Mr Stripe said: “Analysis continues to show that people from a black ethnic background are at a greater risk of death involving Covid-19 than all other ethnic groups.

“Adjusting for socio-economic factors and geographical location partly explains the increased risk, but there remains twice the risk for black males and around one-and-a-half times for black females. Significant differences also remain for Bangladeshi, Pakistani and Indian men.

“The ONS will continue to research this unexplained increased risk of death, examining the impact of other health conditions.”