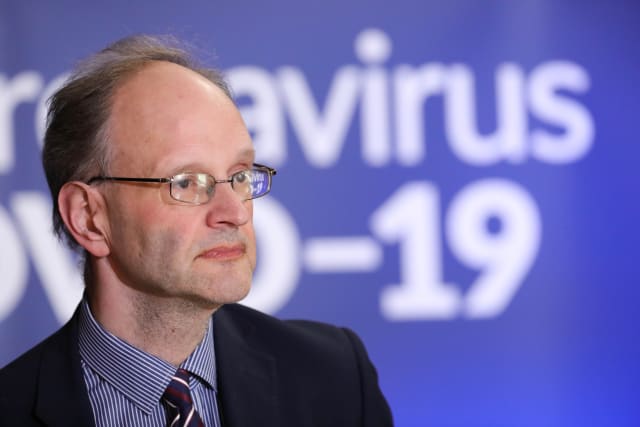 A large number of schools in Northern Ireland will not be able to return to full-capacity teaching in September, the Education Minister has said.

Peter Weir’s comments come amid concern expressed by some school leaders at the suggestion from Stormont that most pupils will be returning to full-time education in the autumn.

Mr Weir said he anticipated that children would only return to the classroom on a part-time basis “in quite a large number of schools”.

In a separate development, Mr Weir confirmed that the executive would be providing the £12 million required to continue financial support for families eligible for free school meals over the summer.

On Thursday, First Minister Arlene Foster said the powersharing executive’s decision to reduce the social distancing measure to one metre for pupils would allow attendance patterns in schools to return to “close to normality”.

On Friday, Mr Weir said the aim was to “maximise” the number of schools that could return to full-capacity teaching, but he acknowledged there would be a sizeable number for which that would prove an “impossibility”.

“The sooner we can get back to every child being in the classroom all the time getting full-time classroom… the sooner we are able to reach that point, the better for children, better for parents, and I think teachers are very much in favour of that,” he said.

“But we’re not quite there yet at this stage.

“The aim, therefore, at least at this point, is to maximise the amount of time that children will have in the classroom.”

He told BBC Radio Ulster’s Talkback show: “The aim must be to get the absolute maximum.

“For others that will clearly be a level of practical impossibility to do that all the time. But therefore we want to see where we can get the maximum amount within that.”

Ministers have urged schools to utilise all the space at their disposal to allow them to accommodate the full school population and said where this is not possible they should seek to use nearby community facilities, such as church halls, GAA clubs or Orange Halls.

Principals have voice scepticism at Stormont’s plans, insisting it will not be possible to fit all pupils into most schools in the region, even with the reduced social distancing measure.

Mr Weir suggested funding for substitute teachers would be made available if extra staff were required to teach classes set up outside orthodox classroom locations.

He said the community facilities could also be used for supervised learning if children were only able to attend school on certain days.

The minister also acknowledged there would be an issue around school bus transport in the autumn, given capacity limitations due to the virus.

“There’s still a problem there that does need clearly resolved,” he said.

She said she welcomed the announcement from Stormont but added: “We cannot under-estimate the work that needs to be completed before the maximum number of children can return as safely as possible, whilst understanding that 100% safety cannot be guaranteed only every possible measure taken.”

While pupils will be required to keep one metre apart under Stormont’s plans, the social distancing measure will remain at two metres for teachers.

Schools have been closed in Northern Ireland since March. The traditional summer term would normally finish at the end of June in the region.

The Department of Education intends that the rest of the school population will go back to class at the start of September.

There were no further coronavirus-linked deaths in Northern Ireland on Thursday, leaving the total recorded by the Department of Health at 543.