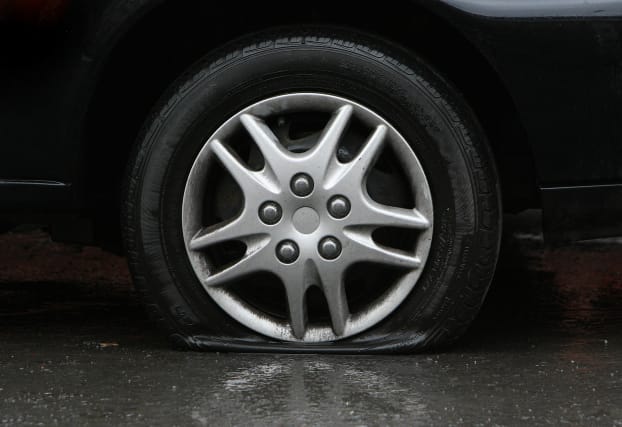 More than four out of 10 motorists (45%) are concerned about the condition of other vehicles on the road because of the MOT extension, a new survey suggests.

But only 2% of the 2,000 drivers polled for retailer Halfords feel there might be an issue with their own vehicle.

This is despite the failure rate for MOTs being around 30%.

A Halfords spokesman said the survey "indicates a worrying false sense of security for many motorists".

A number of vehicle parts are checked during MOTs to ensure they meet legal standards, such as lights, seatbelts, tyres and brakes.

All cars, vans and motorcycles in Britain have been eligible to delay testing since March 30 for six months due to the pandemic, while drivers in Northern Ireland have been given a one-year exemption.

Department for Transport (DfT) figures show that, in 2018, 39 people were killed and 378 seriously injured on Britain's roads in crashes where a vehicle defect was a contributory factor.

Halfords reported a 14% increase in the number of drivers having their cars serviced at its garages this week compared with the same period in 2019.

The amount of traffic on Britain's roads on Monday was at 70% of the level in early February, an increase of seven percentage points from the previous Monday, according to DfT data.

Andy Randall, managing director of Halfords Autocentres, said: "As non-essential retailers now open and people are easing back into work, we are definitely seeing an increase in the number of people getting their cars prepared for more use.

"We know that leaving cars unused causes safety issues and the increase in services carried out by our technicians shows that customers know it's better to be safe than sorry."