Foreign Office’s most senior official forced out before ‘super’ merger 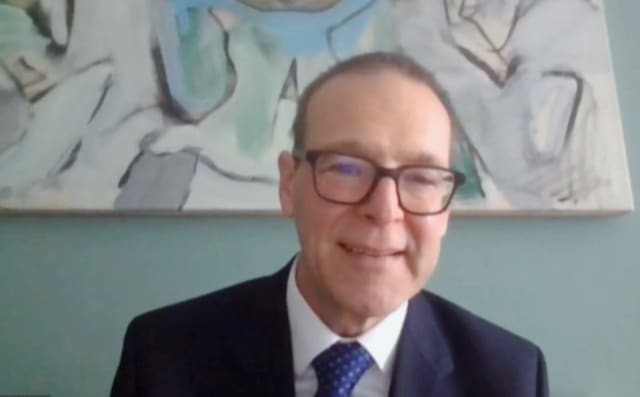 The Foreign Office’s most senior civil servant has been told he must step down before it is merged with the Department for International Development (DfID).

Sir Simon McDonald told staff at both departments he had been informed a replacement would be sought to lead the Foreign, Commonwealth and Development Office (FCDO), the new “super” department announced by the Prime Minister this week.

According to a Government spokesman, Sir Simon said on Friday he respected the decision that the new-look department, due to be formed by the autumn, should have a new civil servant in charge.

Sir Simon told staff: “I fully respect that decision. In any case, I shall have completed five years as PUS (permanent under-secretary) in the FCO at the end of August.”

The announcement comes less than two months after Sir Simon was forced to U-turn after telling MPs the UK took a “political decision” not to join the European Union’s procurement scheme to source medical equipment during the coronavirus crisis.

There were reports the Whitehall mandarin was “leaned on” by Downing Street to release a statement only hours after giving evidence to the Commons Foreign Affairs Committee.

The top official later declared he had been “incorrect” and reverted to the Government’s defence that the scheme was not initially joined because of a “communication problem”.

Rumours have also swirled since Boris Johnson took the reins that Number 10 wanted to force out the experienced diplomat, seeing him as an internal Brexit critic.

The decision to close DfID after 23 years and merge it with the Foreign Office has come under widespread criticism from aid charities, opposition MPs and three former prime ministers, including the Conservative David Cameron.

Sir Simon defended the decision, which Health Secretary Matthew Hancock confirmed this week Mr Johnson had not consulted his Cabinet over beforehand.

“I believe passionately that FCDO is the right move for our future overseas effort; the FCO’s merger with DfID is the culmination of my time here,” he added.

“But a new effort needs new leadership. Whoever [that is] will take on a simply wonderful job.”

Foreign Secretary Dominic Raab, who will lead the FCDO, said: “Sir Simon is one of the finest diplomats of his generation, a dedicated public servant who helped guide the FCO during a remarkable period of change in the world.

“He can be immensely proud of his record of having served Britain across the globe from Berlin to Washington DC.

“It has been a real pleasure to work with Simon and I have valued his insight and advice.

“The positive changes across the FCO he has put in place will continue to be felt long after his time here.”