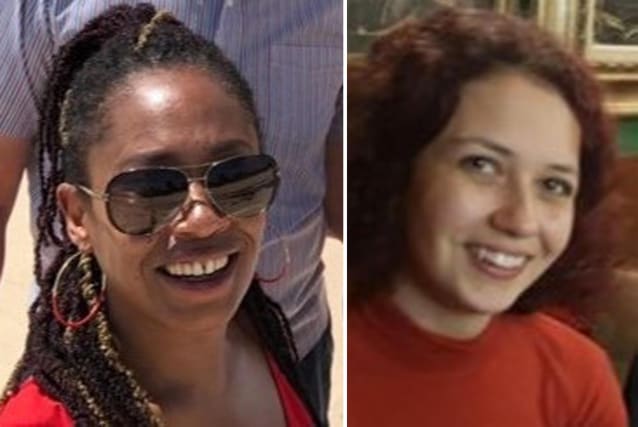 The family of two sisters stabbed to death in a London park have spoken of the “devastating impact” of their loss as police continue to hunt for their killer.

Police investigating the “incredibly unusual” deaths of Nicole Smallman, 27, and Bibaa Henry, 46, have received more than 100 calls from the public following an appeal for information.

Detectives believe the sisters were killed by a stranger in Fryent Country Park, off Slough Lane, in Wembley, north-west London, after meeting friends there on June 5 to celebrate Ms Henry’s birthday.

In a statement released by the Metropolitan Police, the parents of the two sisters said: “The greatest fear of any parent is that they will outlive their children.

“What makes our situation unique is that two adored sisters were murdered together on the same night.

“The grief we feel is palpable, our beautiful and talented daughters gone.”

They said that, despite a large age gap, the sisters shared many of the same interests, including the arts.

Ms Henry, from Brent in north-west London, was an “exceptional” senior social worker and “a passionate advocate for safeguarding vulnerable children and families”.

Her family said that before she qualified she would drive disabled children to their activities, “singing as they drove along”.

She loved her family, including her father, a former amateur boxing champion and building contracting company owner, and mother, who trained as a teacher and to become a priest.

“Bibaa was just barely five foot but she had the heart of a lion and a smile that would put Blackpool Illuminations to shame,” her family said.

Ms Smallman, from Harrow in north-west London, was the youngest of three sisters, described as someone who “saw beauty in everything” and had a “very calm and positive attitude towards most things in life”.

Her family said she was “a strong advocate for humanitarian causes and saving our planet” as well as an “amazing photographer, actor and singer” with a “silky smooth” voice.

“Friends and family all agree she was beautiful both inside and out,” her family said.

They added: “Bibaa and Nicole were sisters whose untimely deaths we will spend the rest of our lives trying to come to terms with.

“The tributes for our girls keep flooding in; it has been comforting, heartbreaking and at times overwhelming. Faith and prayer is keeping us going. I’m not sure how we’d get through this without it.”

Their statement continued: “The pain we feel as a family is so deep no words can express how we are feeling.

“This has had a devastating impact on our lives and each day gets worse to think our daughters, Bibaa and Nicole, are not with us and that they have been brutally killed by someone.”

Police have released two photos of the victims taken prior to the murders to help with their appeal for information to track down their attacker – now confirmed to be male.

The suspect is thought to have suffered a “significant injury” during the incident and anyone who knows someone in the area with an unexplained injury, particularly to their hands, has been asked to inform police.

It is believed the suspect left the park via its Valley Drive entrance, with the public also being asked if they saw someone acting suspiciously in that area on the evening of June 5 and in the early hours of June 6.

Searches of the scene are continuing, but police have found items belonging to the sisters, including recovering their mobile phones from a pond.

Police said the pair were in “good spirits” and “taking selfie pictures, listening to music and dancing with fairy lights” until at least 1.13am on June 6.

People had left their celebration throughout the evening, with the sisters ending up alone in the park by around 12.30am.

Their last contact with friends and family was about 1.05am, police said.

The bodies of the two women were found next to each other shortly after 1pm on June 7, with a post-mortem examination later revealing that they both died from multiple stab wounds.

Appealing for information, Detective Chief Inspector Simon Harding, who is leading the double murder investigation, said the “much-loved sisters” were “surrounded by friends and family and it’s unimaginable what they are going through”.

“For their sake and the sake of the wider community we need to identify and apprehend the suspect as soon as possible. And we need help from the public to do that.”

He previously said detectives “always have a fear” that the murderer could strike again.

North West Borough commander Roy Smith, said extra resources have been brought in to help from across the Metropolitan Police, including additional detectives to help “leave no stone unturned”.

A 36-year-old man arrested in south London on suspicion of murder was released with no further action.