Class size limits could be expanded to get pupils back to school, minister says 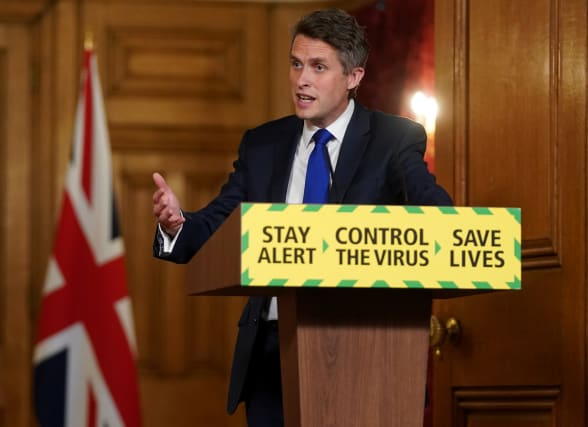 Class size limits imposed to curb the spread of coronavirus could be expanded to allow every child to return to school, a minister said.

Prime Minister Boris Johnson has said his intention is that children of all ages in England should be able to return to school five days a week in September.

Under Government guidance, primary school class sizes should be limited to 15 to minimise the number of people they come into contact with.

But Education Secretary Gavin Williamson told the daily Downing Street briefing on Friday that these so-called “bubbles” could be expanded to include the whole class.

He added: “We’ve been creating bubbles of children in the classroom, creating a protective environment for those children.

“Currently that is at 15, what we would be looking at doing is expanding those bubbles to include the whole class.”

Mr Williamson said signs the virus was reducing meant ministers could look at “making sure every child returns to school”.

He added: “We recognise there is still going to have to be protective measures put in place to make sure children are safe and make sure that teachers and all those who work in school are safe as well, and that is why we are going to be issuing further guidance in the next two weeks.”

While class sizes vary these “bubbles” could contain up to 30 pupils.

Children in nursery, Reception, Year 1 and Year 6 in England began returning to primary school at the beginning of this month after the Government eased lockdown measures.

Department for Education (DfE) guidance said that primary school classes should be split in half and contain no fewer than 15 pupils, desks should be spaced as far apart as possible and lunch, break, drop-off and pick-up times should be staggered.

Schools should also consider introducing one-way circulation, or placing a divider down the middle of the corridor, to keep young people apart, it added.

But some schools have said they did not have enough space on site to admit all pupils in the eligible year groups while adhering to Government guidance to limit class sizes and encourage fewer interactions.