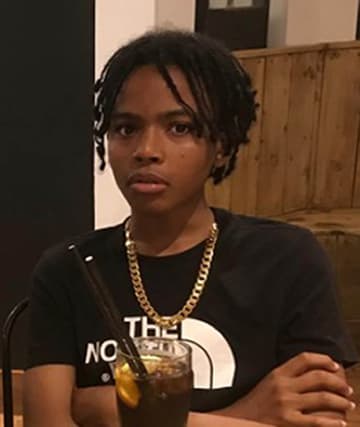 Two teenagers have been locked up for life for murdering a “vulnerable” 15-year-old boy who was stabbed to death over rumours he had molested a girl.

Michael Irving was lured into a “Trojan Horse” trap on the evening of September 3 last year by boys he thought were his friends , the Old Bailey was told.

“They walked to a residential block about 15 minutes away on foot. Unbeknown to Michael, the defendants, his friends, were responding to rumours that Michael had sexually assaulted (the older defendant’s) sister.

“Michael always denied this and nothing was reported to the police. The defendants had clearly set Michael up on a friendly but false basis to meet them. It was a Trojan Horse meeting.”

Mr Davies said the defendants had armed themselves with knives, face masks and gloves for the “pre-meditated assault”  against “someone who was both outnumbered and unarmed”.

Michael suffered a fatal stab wound to the heart and four other injuries.

After the defendants ran off, a passer-by stopped, held Michael’s hand and comforted him as he died in the street.

Michael, who had learning difficulties, was described as a popular and well-liked boy who could be easily led.

In a victim impact statement, Michael’s mother Leisa Irving said his murder had left a “large void in all our lives”.

Ms Irving said her son was vulnerable because of his learning difficulties, which meant that he thought everybody was his friend.

She said: “The hardest part was that he believed these people were his friends and he was going to Stratford to be with his friends.”

The younger defendant, now aged 16, had admitted Michael’s murder and was detained for a minimum of 10 years and six months.

The older boy, now aged 17, was found guilty of murder and was detained for at least 14 years and six months.

Sentencing them on Friday, Judge Martin Edmunds QC said both defendants had “murder in mind”.

The older defendant felt “disrespected” by rumours that Michael had made a sexual approach to his sister.

But the judge said: “No motive could justify such a cold-blooded plan.

“This was an attack on an unsuspecting 15-year-old you knew to be vulnerable. This was a sustained attack.”