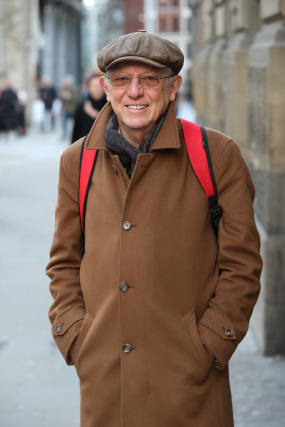 Wales’ decision to launch its test and trace programme three months into the coronavirus pandemic was “disastrous”, the former UK Government chief scientific adviser has said.

Sir David King, who now leads Independent Sage, said it was irresponsible for the Welsh Government to have waited until June before the tracking regime came into operation.

On Thursday Plaid Cymru MS Rhun Ap Iorwerth asked Sir David at a Senedd committee meeting whether he found the timing of the launch “odd”, given testing and tracing had been described as being at the core of fighting Covid-19.

Sir David told the Health, Social Care and Sport Committee: “One word about that is that it was a disastrous process.

“A disastrous process because everyone surely knows, especially once you’ve gone into lockdown but even before you go into lockdown, you need to know where the disease is. You need to be tracing, testing, and isolating people.

“To come into it in the late period of the close-down just seems, to us, to be irresponsible.”

Sir David also said both the amount of fatalities seen across the UK as well as the time which will be spent in lockdown “could have been avoided” had all four countries gone into lockdown sooner, saying other countries like Greece had succeeded by following World Health Organisation advice.

Wales’ health minister Vaughan Gething later responded to Sir David’s comments at the Welsh Government’s daily press briefing, saying though he thought ministers had been responsible, with the benefit of “hindsight” they may have made different decisions.

Sir David’s group of 12 scientists and experts, known as Independent Sage, was set up after the official Scientific Advisory Group for Emergencies (Sage) which advises the UK Government faced criticism over not being transparent.

Another member to appear before the committee, Professor Deenan Pillay, a virology expert, said that Wales should look to use more of its testing capacity “according to a clear strategy”.

The country currently has a capacity for 12,000 tests a day, but only 2,271 tests were actually carried out on Wednesday, according to Public Health Wales data, with previous days rarely exceeding 3,000 tests carried out.

Prof Pillay also said he believed poor policy decisions made by the UK Government during the pandemic were impacted by “the politics of the UK”, including three years of Brexit discussions.

He said: “Clearly the nature of politics has changed the nature of civil service advice. The functioning of Government was clearly atypical at that time.”