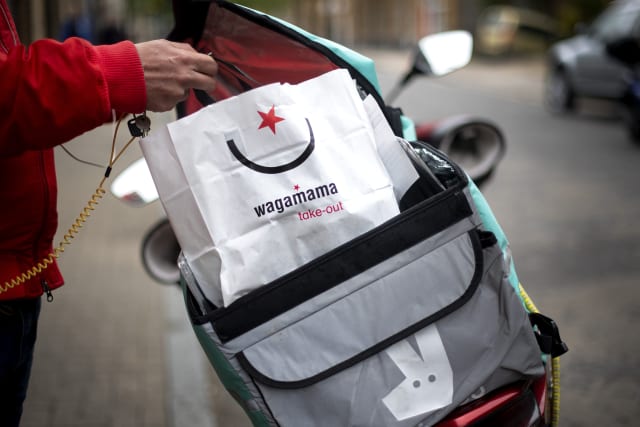 Noodle chain Wagamama has said UK sales and earnings fell in its first quarter as the Covid-19 crisis brought an abrupt end to its run of strong trading.

The pan-Asian eaterie had seen UK like-for-like sales jump 8.4% in the first eight weeks of the year, but trading fell sharply in the final weeks of its quarter, with the government-mandated lockdown then seeing all its 151 UK restaurants shut their doors on March 23.

This left total sales in its company-run restaurants 1.2% lower in the 13 weeks to March 29, while Wagamama said gross profit fell 2.7% quarter on quarter to £33.2 million after the Covid-19 hit.

Its 55 franchised international restaurants suffered a 14.2% slump in sales over the quarter.

Restaurants in the US – which are now run as a joint venture after it offloaded an 80% stake in the chain – saw sales plummet 63% in the quarter largely as a result of the deal in January.

It also took a £4.5 million charge in its first quarter, including costs of the coronavirus crisis.

She said: “I am extremely proud of the Wagamama team for such strong first quarter results and the cost effective way we temporarily closed the business.

“We are now looking forward to the safe reopening of our restaurants and welcoming our guests back to enjoy some noodles.”

Wagamama’s parent company The Restaurant Group (TRG) – which also owns nationwide chains such as Frankie and Benny’s – recently announced plans for a rescue deal to close 125 sites and slash rents in a move that puts up to 3,000 jobs on the line.

But the company voluntary arrangement (CVA) plans do not affect the Wagamama business, as well as several pubs and concessions TRG runs in airports.

In an interview with the PA news agency, Ms Woods recently said Wagamama was working on plans for a phased reopening from July 4, but revealed it could take six to nine months to fully open the chain.

Last month, Wagamama announced plans to reopen 67 sites nationwide for delivery after shutting all its restaurants in March.

And earlier in June, it announced a new click and collect service for customers and plans to expand its delivery operations to 100 restaurants nationwide.