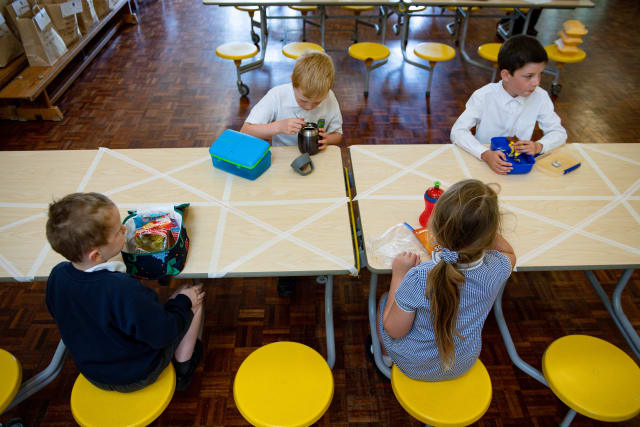 England will not be following Northern Ireland in setting a date for reducing the two-metre rule in schools until the virus is “under control”, the Government has said.

Health Secretary Matt Hancock indicated on Thursday that the social distancing restriction would not be relaxed in time for all primary schools to reopen in England before the next academic year.

This comes despite Prime Minister Boris Johnson, two days before, suggesting the rule could be eased, when he said “watch this space” in response to pressure to lift it.

“Removing it has an impact in terms of the transmission of the disease, so we have to make sure in that review that we have the space and the virus is under control enough to be able to make the change and replace the two-metre rule, if that is the conclusion of the review, with something that then makes it easier to do things like have people together in schools.”

More clarity has been given for schools in Northern Ireland, where most pupils are set for a return to full-time education in the autumn, after ministers agreed to cut the social-distancing measure to one metre.

First Minister Arlene Foster said it would enable the majority of primary and secondary schools in the region to operate “close to normality.”

Teachers in Northern Ireland will be returning to school on August 17. Key year groups – seven, 12 and 14 – will return a week later on August 24. The rest of the school population will go back to class at the start of September.

The Department for Education (DfE) figures show that 52% of education settings that normally have children in nursery, Reception, Year 1 or Year 6 in England were open to at least one of these year groups in the first week they were able to go back.

Many schools have cited the two-metre rule as a reason for remaining closed to most pupils.

Conservative MPs including chairman of the Commons Science and Technology Select Committee Greg Clark, Bob Stewart and Imran Khan, have called on the Prime Minister to urgently reduce the two-metre social distancing rule for this reason and to help the economy recover.

Former Tory minister Tobias Ellwood also described the reduction of the two-metre rule to one as “game-changing for schools”, as Mr Clark has urged the Government to publish its review into this before July 4.