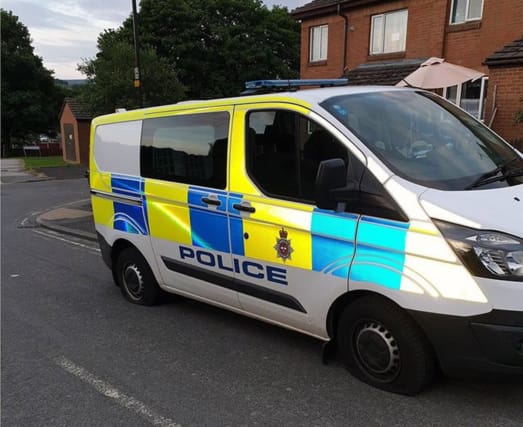 A police van has had its tyres slashed in broad daylight while officers were responding to an emergency call.

Derbyshire Police has appealed to the public for information after the marked Ford Transit van was damaged with what is thought to have been a knife.

The vehicle had been parked in Grindleford Gardens in Gamesley, near Glossop, in the High Peak district of Derbyshire, when the incident happened on Monday.

Tweeting a photo of the damaged van, the force said: “We are investigating an act of criminal damage against a marked police van in Gamesley.

“The vehicle was parked… on Monday 15 June while officers attended an emergency call.

Sergeant Anna Woodhouse, from the force’s Glossop neighbourhood team, said: “It appears that a knife may have been used to puncture the tyre walls, and it left our officer unable to respond to any further calls while recovery was arranged.

“The vehicle is now off the road until new tyres are fitted.”