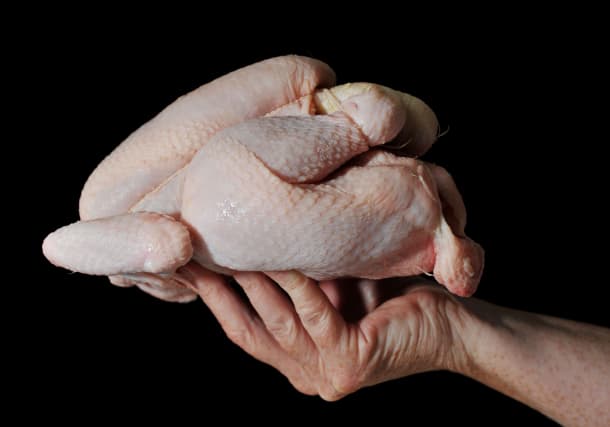 One million people have signed a petition calling for laws to prevent future trade deals leading to food imports that would be illegal to produce in the UK, farming leaders have said.

A wide coalition of organisations from the NFU to conservation groups have warned against allowing imports of food that would be illegal to produce here, with fears that farmers and standards could be undermined by products such as chlorine-washed chicken and hormone-fed beef.

Questioned on the issue by the parliamentary Environmental Audit Committee (EAC) on Thursday, Environment Secretary George Eustice insisted that the Government would protect food and welfare standards in trade deals.

He pointed to the Conservatives' 2019 general election manifesto's commitment on the issue.

And he highlighted a recent letter he wrote with International Trade Secretary Liz Truss in which they sought to reassure MPs that existing standards banning the import of chickens washed in chlorine or anything other than water and beef fed with hormones would remain.

Mr Eustice told the EAC: "Our manifesto commitment is very clear about protecting food standards and animal welfare standards through trade deals and there are well-established mechanisms that would enable us to do that."

NFU president Minette Batters said: "The fact that more than one million people have signed a petition urging the Government to put into law rules that prevent food being imported to the UK which is produced in ways that would be illegal here is a clear signal of how passionate the British public feel about this issue.

"It is now clear that it is simply not credible for the Government to continue to just pay lip service to this issue, when there is such public support for action.

"They must now give guarantees to the British people that they have listened to their concerns and will make firm commitments to address them."

The NFU is calling for an independent trade, food and farming commission which reviews trade policy and makes sure that all food imports are held to the some standards expected of British farmers.

Ms Batters said: "Trade policy is complicated, but what the public are telling us is quite simple. They care deeply about their food, where it comes from and how it is produced.

"They do not want to see chlorinated chicken or hormone-fed beef on their supermarket shelves and nor do they want to see food imported which has been produced in lower welfare or environmental systems than is legally allowed in this country."